The Vice President, Professor Yemi Osinbajo has said that poor wages, especially for public servants largely promote corruption and bribery in the country.
Speaking on Monday in Abuja, Osinbajo also expressed concern about the implementation of the minimum wage structure across the Federation saying employers should run a contributory pension scheme to help lift many Nigerians out of poverty.
“We need to enforce some kind of adherence to the minimum wage structure. Not just the minimum wage of the lowest paid person, but minimum wages across the board especially so that there is a certain amount of regulation of how people are paid and how they are paid,” he said.
Using journalists as an example, Osinbajo said if they are well paid, corrupt practices ranging from collecting brown envelopes or demanding for brown envelope will not exist as a good pay gives a man dignity and self-respect.
“So, people won’t go about and improvise whether it is a brown envelope or blue envelope. A kind of pay that gives a man enough dignity to say I am not going to be accepting or going make demands of people for brown envelopes,” he said. 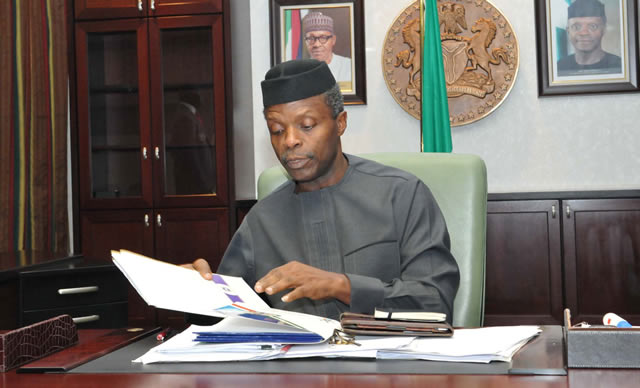