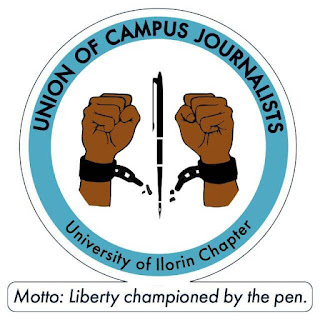 It takes a critical mind to determine whether a leader is leading in line with the expectation of the masses. The sense of duty to keep the leader on his toes has been eroded by the harsh realities of poverty, hunger, insecurity, unemployment, among others. Therefore, no one rarely cares about the goings-on in government. The mantra is simple; every man to himself, God for us all.

Generally, there is widespread disaffection by the people against the government for being insensitive to their plight. Consequently, most followers have become apathetic to the process of governance and decision making. They don’t even bother exercising their civic duty by casting their votes during general elections. To this group of people, it amounts to an exercise in futility.

The factor responsible for the above-cited scenario is what I call, leadership devoid of core values like purpose, vision, ideas, compassion, competence, and selflessness.

Thus, most student bodies in Nigerian tertiary institutions are good examples of failed leadership. They pursue a one-point agenda and a one-way traffic system of administration — trading awards for money, which ends largely in the pockets of a few.

To them, personal aggrandizement is all that matters. That is their singular sense of purpose and common denominator. And then, what type of projects do they execute after assuming office? Nothing but a spree of fun-filled events worth hundreds of thousands – if not millions, entertainment, and nothing more.

It’s important to state that there’s nothing wrong in embarking on entertaining events. After all, the proverbial Jack becomes dull for always working without playing. The point is, student leaders are supposed to think outside the box in a bid to empower their followers. This is because the school system is a microcosm of the larger society.

The reverse, however, is the case with the leadership of most student bodies in Nigeria. They simply lack the needed creativity and innovation to do things differently. Well, what do you expect? One can’t simply give what one doesn’t have. It’s absolutely impossible.

In fact, Albert Einstein aptly captures this scenario as insane, when he stated that the greatest example of insanity is doing a particular thing regularly and expect a different result.

Putting this in context, I’d like to describe the situation as administrative bankruptcy of ideas, willpower, and selflessness. The followers are also culpable in the vicious cycle of mediocrity. They are blindfolded from seeing the actuals of governance by their leaders through the use of propaganda, primordial sentiments, and above all, their hedonistic cravings.

On the contrary, service delivery is not defined by short-term gratification through dance competition, dinners, and the like. It’s about lifelong empowerment through granting of loan facility to budding entrepreneurs, capacity building workshops, and empowering the youth with essential tools needed for a successful venture in entrepreneurship.

This is precisely what the University of Ilorin chapter of the Nigerian Association of Agricultural Students (NAAS) have been able to achieve with its Empowerment Scheme held on  June 25, 2018, at the Agriculture Lecture Theatre (AGLT), Unilorin, Ilorin, Kwara State.

Under the leadership of Ashiru Afeez Adekunle and his deputy, Abdulrasaq Kaosarah Adeyi, the NAAS started its annual weeklong event with an empowerment programme. Prior to its commencement, applicants were required to write a business proposal in order to be eligible for tools crucial to kick-start their own businesses.

In keeping with this promise, the NAAS leadership gave out tools like sewing machine, clipper, hair drier, laptop, and oven. In addition to this, a painting toolkit was secured but nobody applied for it.

In the final analysis, the winners who are students of agriculture, left the arena empowered.

Next in line was Balogun Gazaali Ayodeji, the CEO of Gazaal Consult, who charged the organizers to create two new categories and pledged to empower the successful applicants with a hundred thousand naira each to start their own business.

Another dignitary, Theophilus Silas, founder of Silas Hyelhira Foundation and law student, joined the league of impressed dignitaries. He not only pledged the sum of fifty thousand each to five people to start up their own business, but also donated fifty thousand naira to the organisers to undertake similar events in future.

In sum, the empowerment programme generated the sum of five hundred thousand naira as grants pledged by dignitaries to support interested student entrepreneurs. This is in addition to cash transfers made electronically to the tone of over ten thousand.

This is what I call purposive leadership in action. The beneficiaries will neither forget the NAAS leadership nor the NAAS herself. It reminds me of a similar gesture made by a former President of Unilorin Student Union, Alao Idris, who empowered a group of Unilorin graduating students with jobs in a renowned company of international repute.

It is hoped that other student leaders will borrow a leaf from the leadership of National Association of Agriculture Students (NAAS), University of Ilorin. Empowerment is indeed the key to fighting poverty and unemployment in the nation.