Qatar has committed to a range of labour law reforms, including the introduction of a minimum wage.
Doha’s record on migrant worker rights has been under international scrutiny in the run-up to the 2022 football World Cup.
The announcement came the day before a meeting of the International Labour Organisation (ILO), which had warned Qatar to end abuse of migrant workers. The International Trade Union Confederation (ICTU) welcomed the move.
Its general secretary Sharan Burrow said the changes signalled the start of “real reforms” and “will bring to an end the use of modern slavery”. The ILO – a UN agency – had given Qatar a deadline of November to demonstrate progress on migrant workers’ rights, and could open a rare formal investigation.
Its governing body is meeting in a plenary session between 26 October and 9 November. 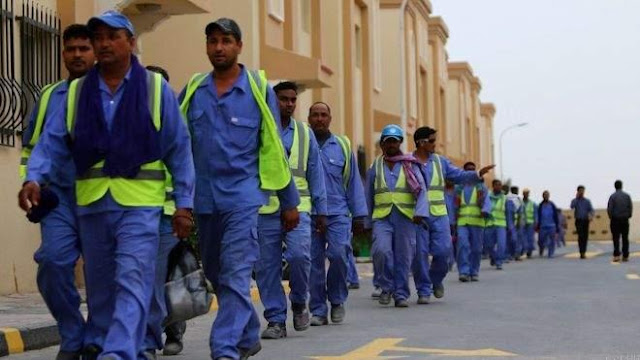