Queen Elizabeth II has won over £6.7 million ($8.8m) from horse racing prize money in the past three decades, new figures from the British Horse Racing Authority show.
The Queen’s thoroughbreds have chalked up 451 victories from 2,815 runs since 1988 when records became readily available, giving her a win percentage of 15.9 percent.
Last year was the monarch’s most profitable in recent decades, with her horses earning £557,650 ($731,413). And 2017 has proved a similarly good year, with 20 victories on the flat bringing in £413,641 ($542,531) so far. All in all, it makes the 91-year-old the 11th most successful owner in flat racing in that thirty-year period. 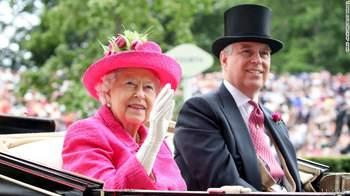