The Muslim Students Society of Nigeria, University of Ilorin has held her first episode of knowledge forum, in Ilorin.
The Guest lecturer, Abu Ja’far spoke on the adjurations of students on the best practices in preparation for Ramadan.
He informed that the first preparatory step towards Ramadan is Repentance while others were supplication to Allah, making provision for foodstuffs, specifying beneficial books to read through the month for spiritual refreshment.
Furthermore, the guest speaker admonished his audience that fasting only begins upon sighting the crescent and so it is important to wait on the Sultan of Sokoto for his final announcement in that regard.’
The lecturer also stated that eating predawn meal is recommended for an individual: “predawn meal is a highly rewardable act. However, the best practice is to delay it while the reverse turns the case for fast-breaking”.
Moreso, the Mullah hinted the congregation on the acceptable things to be done which were swimming or taking a shower, use of inhaler, Kohl, injections that provide energy among others. However, use of drips, lustful kissing between spouses, masturbation, and deliberate regurgitation are not accepted. Also that eating forgetfully during the day of Ramadan does not vitiate one’s fasting.
In the category of people exempted from fasting, the scholar mentioned that the terminally ill as well the old are excused from fasting during Ramadan, but must make up by feeding one who fasts. On the other hand , temporary ill, women on their menses and post-natal bleeding should not fast during Ramadan but spay pack the missed days.
Other MSSN Executives present were Adewunmi Ibrahim (the president), Agboola Uthman (Ass. Gen. Sec.) Soaga Hassan (PRO) Mikãil Mutalib (Coordinator, Mgt Sci.), Hamza Habib (librarian), Ridwan Omotosho (Secondary School Coordinator). 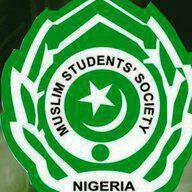