Cyril Ramaphosa has been elected as the new leader of the African National Congress (ANC) at the party plenary in Johannesburg.
He secured 2440 votes out of 4776 and defeated Dlamini-Zuma who received 2261 votes to become the 13th President of the ANC.
4708 of 4776 delegates voted, representing 99% completion. 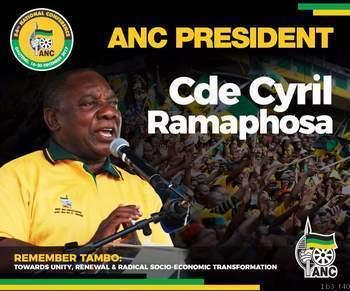