Rivers State government and Real Madrid agreed to set up a football academy in Rivers State, South-south Nigeria.
The state governor, Mr Nyesom Wike, who toured the training facilities at the Spanish club on Monday, met with Real President, Florentino Pérez, two days after.
Governor Wike had also met with officials of the club and some players, including Real Captain Sergio Ramos and Cristiano Ronaldo.
He was accompanied on the visit by the Rivers State Commissioner of Sports, Mr Boma Iyaye, and Former Nigerian International, Adokiye Amiesimaka, among others. 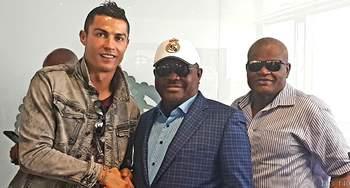