Real Madrid’s goalscoring concerns arose once more in a scoreless draw away to Athletic Bilbao.
Real Madrid had Sergio Ramos sent off late on and wasted a chance to gain ground in the LaLiga title race with a frustrating 0-0 draw against struggling Athletic Bilbao at San Mames on Saturday.
Barcelona’s earlier draw at home to Celta Vigo gave Los Blancos the opportunity to cut the gap in LaLiga to six points, but a recurrence of their wayward finishing was largely to blame for a failure to secure victory.
Cristiano Ronaldo and Toni Kroos were both guilty for letting chances slip in the first half, while the contest might have been different had Karim Benzema not hit the post in just the eighth minute.
Defying the form that has seen them tumble to a concerning 15th, Athletic remained competitive throughout and were not without opportunities to snatch what would have been just a fourth win of the league campaign. 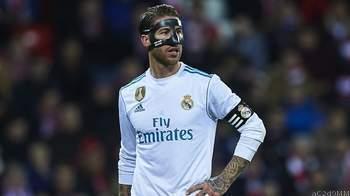