The EU is to halt ties with senior Myanmar military chiefs to protest the “disproportionate use of force” against the Rohingya minority, according to an agreement seen by AFP on Wednesday.
The agreement, approved by EU ambassadors and set to be signed off at a meeting of foreign ministers on Monday, said the rapid flight of so many people “strongly indicates a deliberate action to expel a minority”.
The EU currently bans the export of arms and equipment that can be used for “internal repression”, but said it “may consider additional measures” if the crisis does not improve.
“In the light of the disproportionate use of force carried out by the security forces, the EU and its member states will suspend invitations to the commander-in-chief of the Myanmar/Burma armed forces and senior military officers and review all practical defence cooperation,” the agreement says, while calling on all sides to end violence immediately. 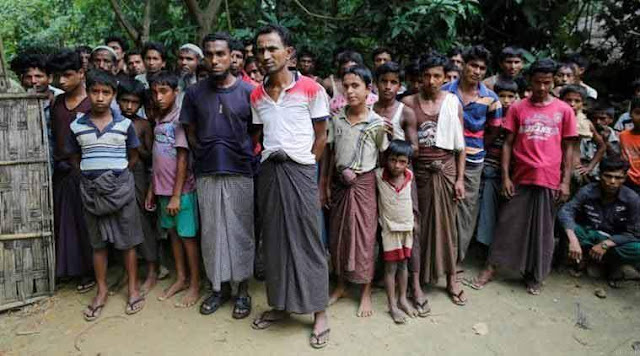