Romania’s former King Michael I has died in Switzerland at the age of 96, officials say.
He was diagnosed with cancer last year. King Michael ruled Romania twice: first in the 1920s, when he was just five years old, and then again in the 1940s.
He was one of the last people alive to have served as a head of state during World War Two. After the conflict, he was forced to abdicate by the country’s communists, who ruled until the revolution of 1989.
In a BBC interview in 2011, the former monarch, a cousin of the UK’s Queen Elizabeth II, described how the authorities had blackmailed him: “If you don’t sign this thing now, we’re going to have to shoot or kill 1,000 people that are already in prison.”
He went into exile until the 1990s when he returned to Romania after the fall of the country’s communist leader, Nicolae Ceaucescu. After being diagnosed with cancer, he retired from public life. 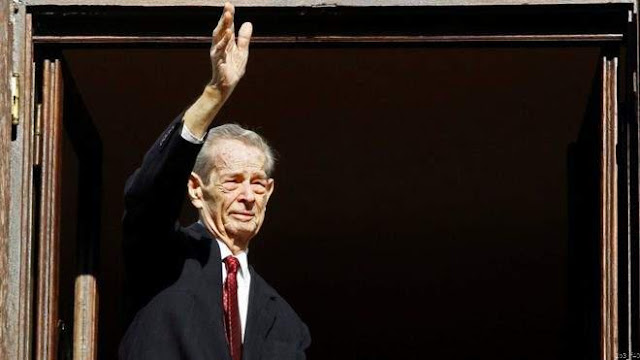