Ronaldinho has declared that he will officially retire from football in 2018 to focus on a music career and his football schools.
The legendary Brazilian playmaker hasn’t played professionally since leaving Brazilian side Fluminense in 2015.
Before playing for Fluminense, Ronaldinho represented Barcelona, Paris Saint-Germain and AC Milan among others in a glittering career.
Now 37, Ronaldinho says he is ready to officially leave the game behind.
“There is this chance, I think I’m saying goodbye to football next year, officially,” Ronaldinho said.
“I might play some farewell games for the teams I’ve played for, it’s something we’ll have to think about sometime soon.”
With his playing days officially behind him, the former Brazil international says he is set to focus on his football schools and his burgeoning music career. 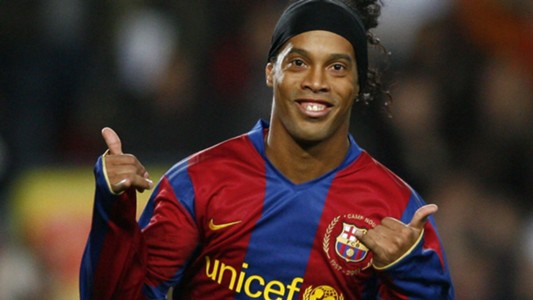