Dateline: Lagos
Not fewer than 25 students in Nigerian tertiary institutions has bagged academic scholarship sponsored by the District 9110 Educational And Welfare Endowment Fund (DEWEF) at the International Rotary centre in Ojudu, Lagos state.

According to the Rotary District Governor, DG Adewale Ogunbadejo, the academic scholarships for the students is worth about 5million naira of which beneficiaries must be in their second year in their respective universities and third year for medical students only.
In his remark, he said, “We’re investing in our country’s future,” while stating that the aim of the scholarship is to support educational cause in Nigeria.
He further urged the students to put more efforts in their studies as they are only benefitting from their academic excellence, as stated that, the scholarship will be withdrawn if any the beneficiaries fail to attain the CGPA required.
The Chairman, DEWEF board of trustees, PDG Adeniji Raji, in his speech stated that not fewer that 25 students in over 11 departments across seven tertiary institutions in both Lagos and Ogun state will benefit from the scheme, and will be the highest in the history of the scholarship scheme.
He further urged the students not to relent in their academic pursuit and to remember where they are coming from. “We therefore want you to be role models not only in your academic performance but in conduct so others can be guided and inspired by you,” he added.
He urged the students to uphold the pillars of moral values; which he said include: trustworthiness, respect, responsibility, fairness, caring, citizenship.
He explained the plans of the scholarship scheme to extend and integrate vocational training in collaboration with the state ministry of Education. “We recognize that technical and vocational education are an integral part of national development strategies in many societies because of its impact on productivity and economy development, he added.
The representative of the Deputy Governor of Lagos State, assured that the process for awarding the scholarships was free and fair, and that all beneficiaries are deserving of it. 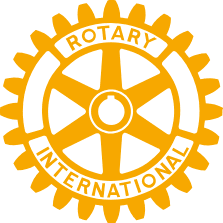