The curtains of the semester will be drawn on a sad note for the  University as Aisha Adesanya of the department of English (200 level) was reported dead on Wednesday 8th of August, following the explosion of her gas cooker on the 29th of July 2018.

The reported cause of her death was a gas leakage which occurred as a result of exchanging the burner of her cooker with that of her friend’s, Barakat. Following attempts to  fit the  burner to the cooker, the report suggests that the gas leaked in the process.  After  the successful attempt, Aishat  ignited a  match, the fire from the match reacted with the leaked gas and caused the inferno that burnt the duo.

Aisha was reported to have suffered 35% burns over her body. The incident also involved a  friend of hers named Barakat who got burnt on the face and the upper part of her body.

The school clinic played host to both victims but on 30th of July  Aisha was transferred to the Emergency unit, University of Ilorin Teaching hospital (UITH)  where it was gathered that she  received intensive care. Some wounds she sustained were healing and  bandages were being removed from the affected  places. The incident rendered her temporarily immobile but after days of care, she could walk again.

Again the air became tense when Aishat fainted in the early hours of Wednesday, 8th of August. The reported cause was a low blood sugar level but after administration of medications, she was sound again.

Present at the hospital with her was her mother whom she asked to prepare a meal of spaghetti for her. It was a good sign of her recuperating.

The silver lining of the dark cloud stopped shining by evening when Aisha reportedly gave up the ghost. As at the time of filing this report, no medical cause had been stated for her death.

She was buried in her hometown, Ijebu on Thursday the 9th of August. 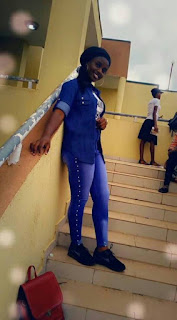