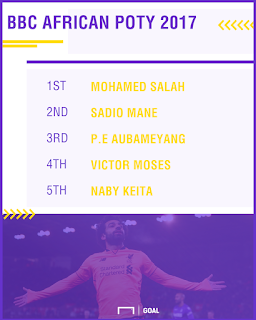 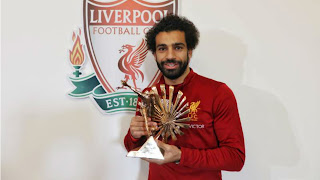 Liverpool and Egypt star Mohamed Salah has been named BBC African Footballer of the Year 2017.

“I’m very happy to win this award, it’s a special feeling for me,” the forward told BBC.

He has also scored 19 goals in all competitions in what is proving to be an incredible debut campaign at Liverpool following his summer move from Roma.

“I am a really lucky person because I’ve had the opportunity to work with a few fantastic, outstandingly good players – and now I am happy I have it with Mo.”

Salah is currently the Premier League’s top goalscorer with 13 strikes so far, while he also had a hand in all seven (five goals, two assists) goals that took Egypt to their first World Cup since 1990.