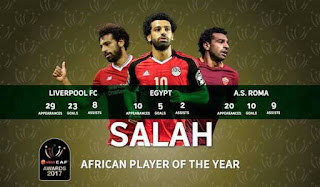 The Liverpool star, Mohamed Salah, has won the Africa best player of the year.

The Egypt international Mohamed Salah has been named 2017 Caf African Player of the Year award, for the first time in his career. 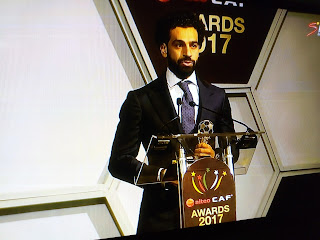 Salah took home the award for the first time ever, as he managed to defeat competition from Sadio Mane and Pierre-Emerick Aubameyang at the awards ceremony in Accra, as he dedicated his award to all kids in Africa and Egypt who have a dream.

Meanwhile, Asisat Oshoala, the Nigeria national team star has taken the award for best Africa women player, for the third time thanks to her impressive outing in the Chinese women topflight. 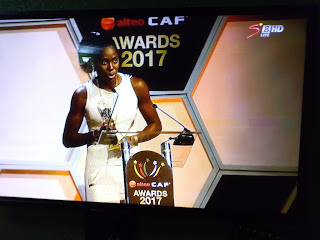 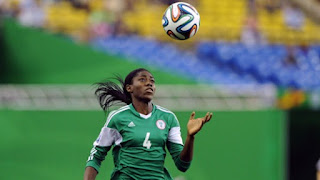 The former Arsenal Ladies and Liverpool Ladies inspired her Chinese side Dalian Quanjian to a double with 19 goals, she said “never to let anyone talk you down.”

Egypt boss Hector Cuper has been named the Coach of the Year at Caf Awards, for leading his side to the 2018 Fifa World Cup as well as reaching the final of the 2017 Africa Cup of Nations. 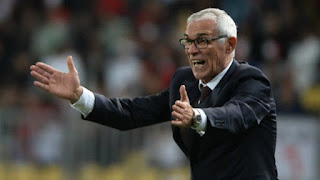 Cuper beat Nigeria manager Gernot Rohr and Wydad Athletic Club’s L’Hussein Amoutta to claim the prize for the first time thanks to his exploits in 2017.