Argentina head coach Jorge Sampaoli is optimistic the 2014 runners-up can make an impact at next year’s World Cup in Russia as he dismissed criticism from Diego Maradona.
Maradona played down Argentina’s prospects after Sampaoli’s men were drawn in Group D with Croatia, Iceland and Nigeria in Moscow on Friday, insisting the two-time world champions must improve having scraped through CONMEBOL qualifying.
Argentine great Maradona has been critical of Sampaoli since his appointment in June but the former Sevilla boss remains unperturbed.
“It does not bother me. We also feel this way,” Sampaoli told _Omnisport_.
“I hope that as the time passes we will be able to have the chance to improve.”
Sampaoli, with five-time Ballon d’Or winner Lionel Messi at his disposal, added: “I think we will grow, that we will have the chance to get rid of the load that we had in the qualifiers. Argentina will be very strong in the World Cup. I hope we can pass in our group, and show what sets us apart.” 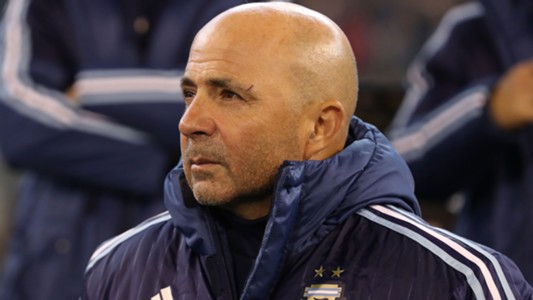