The Senate president, Bukola Saraki and the Speaker of the House of Representatives, Yakubu Dogara attended the New Peoples Democratic Party (nPDP) block meeting with the All Progressives Congress (APC) leadership.
Abubakar Kawu Baraje, Chairman, Former New PDP, made this known to journalists.
He also disclosed the outcome of the meeting was shared with a number of nPDP members.
It would be recalled that the former PDP stalwarts, two weeks ago, complained of marginalisation in the ruling APC.
A statement Baraje signed said the gathering discussed development in the APC as well as national issues.
The statement read in part; “Nigerians may recall that members of the former New PDP Block within the All Progressives Congress (APC) addressed a letter dated April 27, 2018 to the Chairman of APC where we informed the party of our grievances and expectations from both the party and government of President Muhammadu Buhari.”
“Following this development, the party invited us and we honoured their invitation for a meeting. We met with the leadership of the party last week during which we resolved to report the outcome of our meeting to our members and stakeholders before arriving at any decision or proceeding with the next phase of discussions or actions with the APC and government.”
“I am glad to inform you therefore that we have briefed our members at a meeting convened in Abuja on Wednesday, 23rd May 2018 where we reviewed the state of the nation and our party, APC and constituted Committees on various issues especially on how to rescue Nigeria from economic, social, political and especially security challenges.”
“The meeting was well attended by members of the nPDP including serving and former Governors, Senators, Members of the House of Representatives, and other aggrieved APC stakeholders.”
“Those that attended the meeting include: Sen. (Dr.) Abubakar Bukola Saraki, President of the Senate, Rt. Hon. Yakubu Dogara, Speaker, House of Representatives, Rt. Hon. Aminu Waziri Tambuwal, Governor of Sokoto State, Sen. Rabiu M. Kwankwaso, Prince Olagunsoye Oyinlola, Admiral Murtala Nyako (Rtd), Sen. Mohammad Adamu Aliero, Sen. Dino melaye. 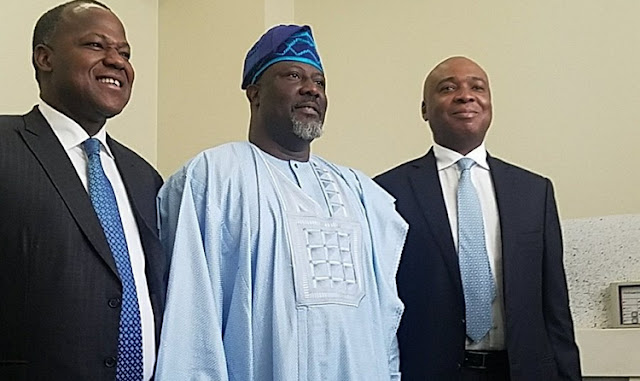