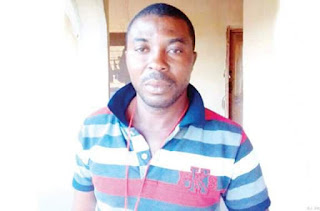 MEN of the Special Anti-Robbery Squad in the Cross River State Police Command have killed a revenue collector, identified as Edward Inyambe, and arrested another on the alleged orders of the state’s Commissioner for Agriculture, Prof. Anthony Eneji.

Southern City News learnt on Sunday that the incident, which happened on Friday in Gakem, Bekwarra Local Government Area, was alleged to be an attempt to take over the collection of revenue of ‘non-cocoa’ produce from a consultancy firm appointed by the state Internal Revenue Service. As of Saturday, aggrieved youths had burnt down some houses in reaction to the death of Inyambe and the arrest of another collector, Edward Idiege, by SARS operatives.

An eyewitness, Solomon Odey, alleged that the state Commissioner for Agriculture, Eneji, brought in some SARS operatives in a van to arrest some revenue collectors, who were said to have opposed his taking over the collection point in the area.