Sophia, a robot designed by Hong Kong company Hanson Robotics, gave a presentation that demonstrated her capacity for human expression.
Sophia made global headlines when she was granted Saudi citizenship, make the kingdom the first country in the world to offer its citizenship to a robot. “I want to live and work with humans so I need to express the emotions to understand humans and build trust with people,” she said in an exchange with moderator Andrew Ross Sorkin.
Keynote speaker Masayoshi Son, Chairman & CEO of SoftBank Group Corp, a Japanese telecommunications and Internet company, which is working with Saudi Arabia on the development of a new business and industrial city, discussed the future of mankind in relation to AI and robots.
“Every industry will be redefined,” he said, describing the “great opportunity” that lies ahead. “These computers, they will learn, they will read, they will see by themselves. That’s a scary future but anyway that’s coming,” he said. 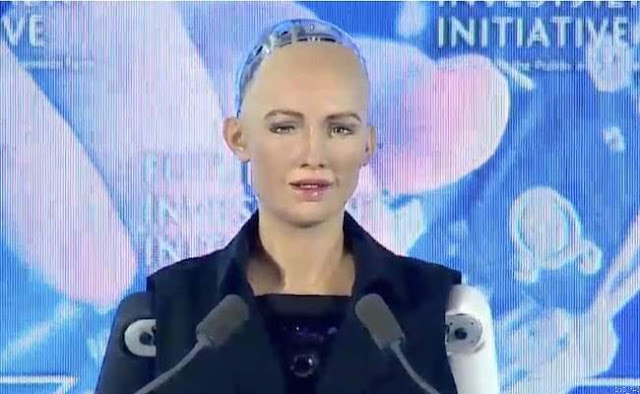