Justin Bieber and Selena Gomez got in an early morning bike ride together, and it looks like they had a great time! The pair were seen riding around on bikes on Wednesday in Los Angeles.
It appears at one point that Selena may have stopped to take a photo of Justin. There are all sorts of rumors swirling about whether Selena and Justin are back together. Selena and her boyfriend of almost a year, The Weeknd, recently broke up.
In a juicy and slightly believable scoop, People published testimony from an anonymous source close to Bieber on Tuesday claiming that the pop star is “happy Selena is single. He hopes to regain her trust so they can get back together.” The source-slash-wingman added, “It seems their relationship now is very different. Justin is certainly a much better person. He would be a better boyfriend, too.” 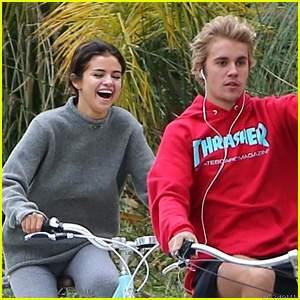