A human rights advocacy group, Socio-Economic Rights and Accountability Project, says it has submitted a petition to the Independent Corrupt Practices and other related offences Committed against the Governor of Imo State, Rochas Okorocha.
The group said it wants Okorocha probed for abuse of office on account of his erecting statues of the South African and Liberian presidents, Jacob Zuma and Ellen Johnson-Sirleaf, respectively, in his state.
SERAP said both statues might have cost N1bn, adding that it was concerned that they might have been funded with public funds.
The group particularly questioned the legality of Okorocha’s involvement in his Rochas Okorocha Foundation, while holding public office as Imo State Governor. SERAP wondered whether spending N1bn to erect Zuma and Johnson-Sirleaf’s statues was in the public interest, especially at a time that Imo State owed its teachers and pensioners. 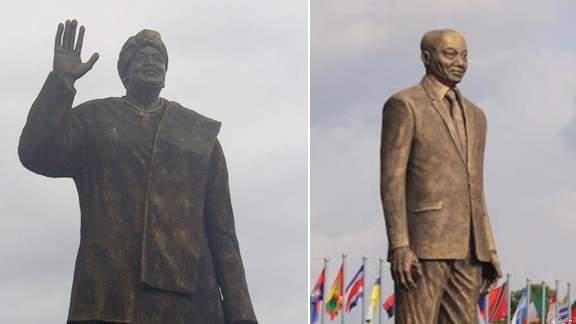