Female assistants working in the French parliament kept a verbal blacklist of MPs whom they regarded as sexual predators, an ex-assistant has said.
The women warned each other about certain MPs over lunch or during coffee breaks, Marine Tondelier said.
In the previous National Assembly, she helped ex-minister and Green Party member Cécile Duflot. She now serves as a Greens councillor in Hénin-Beaumont, near Calais in northern France.
Ms Tondelier said certain MPs’ names “circulated among us – we knew we shouldn’t get in the lift with them”. “There was a risk of them fondling your bottom, a risk of trouble,” she said on France 2 television. She said, “there was a blacklist of guys with whom you couldn’t take risks”. She said it was not a written list, but “informal advice exchanged in the canteen, in coffee breaks, in the evening”.
Accounts of sexual harassment at work have proliferated in France, the US and other countries since the Hollywood sexual abuse scandal broke, centred on the behaviour of movie mogul Harvey Weinstein. He has denied wrongdoing. 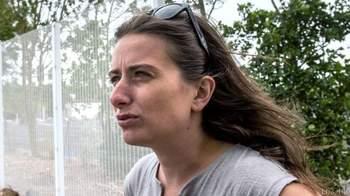