The Vice Chancellor University of Ilorin, Prof. Sulyman Abdulkreem Age, has urged the newly admitted students in the university to shun cultism.
The Vice Chancellor said this at the matriculatiom ceremony for the 2017/2018 academic session, which held at the university auditorium on 29th March, 2018.
According to the management, of the total number of aspirants the university had, over 11,000 students were admitted and matriculated to study various courses in the university.
The Vice Chancellor in his speech titled; “The Dawn of a New World”, urged students to shun all acts of cultism, but to uphold decency and good behavior in their academic pursuit.
In his words, “Cultism is a monstrous evil that should not be allowed to exist, let alone in a decent and orderly environment. It is an unruly evil that has truncated and aborted dreams and aspirations of individuals caught in the web.”
Her further enthused that, the zero tolerance of the university towards cultism, has produced a smooth, stable and peaceful academic session in the university over the years.
The Vice Chancellor said, “I encourage you to shun cultism in all its forms because the university will not condone it,” as he pleaded that students choose their friends appropriately. “Known the son of whom you are,” he said.
Prof. Age went further to emphasize on the importance of dress code in the university community, he stated that, “we are of the conviction that decency should not be thrown into the wind,” while he advised the students handbook to always dress decently and abide by the dress code of the university. 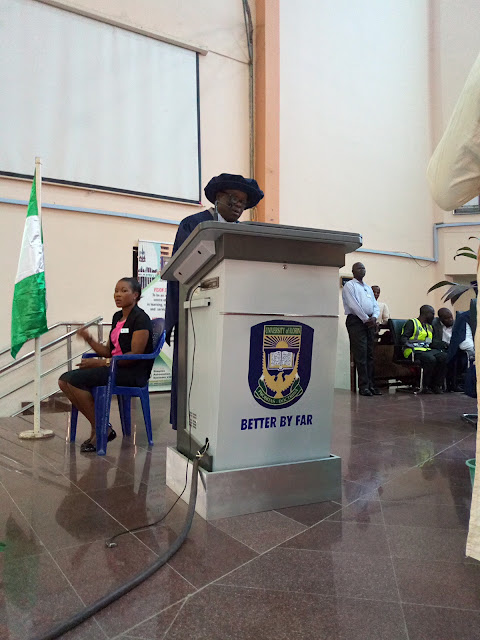