The sky turned orange across parts of the UK on Monday as dust and smoke from fires in southern Europe swept north.
The reddish tint was a side effect of the remnants of Hurricane Ophelia and the wildfires that have been raging across Portugal and northwest Spain since Friday.
Smoke and debris from the fires — along with sand from the Sahara desert — are being carried north by the storm’s strong winds. Particles of smoke, dust and sand bend light to give it a reddish hue.
A red-hued sun has been seen before in the UK, but it’s this combination of events that has made Tuesday’s phenomenon particularly striking.
The tail of storm Ophelia is carrying smoke and dust north from southern Europe.
The red dots show the locations of the wildfires in Portugal and Spain. The trail of smoke spans over 1,000 miles (1,600 kilometres). The health risks are minimal in the UK as the smoke is mostly limited to higher altitudes in the atmosphere. 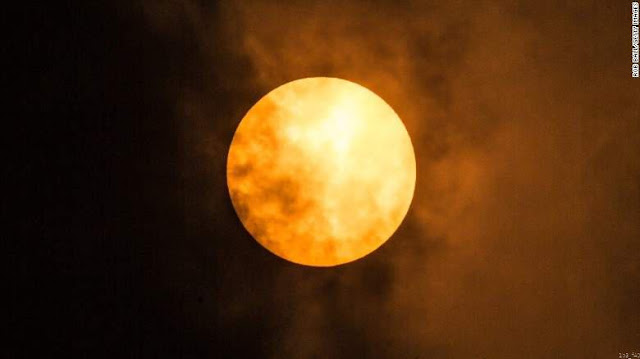