The Sub Dean, Student Affairs Unit University of Ilorin, Dr Alex Akanmu, has said those involved in the souvenir scandal worth over one million naira, have been invited for questioning.
He made this disclosure in a recent interview with UCJ, UNILORIN.
In the course of the media parley, Dr Alex expressed his displeasure over the unfortunate situation, and also relayed the resolve of the university management in pursuing the matter to a logical conclusion.
In his words: “…It is something we’re equally very sad about. The Student Union is supposed to be a training ground where people begin to exhibit good culture, norms and values, for which we’re all craving for in the society.
“When the matter came up, incidentally I went to the House (that is, the Senate Council). I told them that some of the problems with them was, improper documentation. The contractor was never communicated in writing. It was just a “paddy-paddy” thing,” he said.
He added that, “But that is not the issue because, as an institution, we must take responsibility and ensure our name is clear…We’ve invited those mentioned, and the message reads; the Student Affairs Unit will like to interact with you on the case of souvenir allegedly missing during your regime. Please pick a date next week to come to SAU”.
“This message was sent to two of them…and the contractor has been invited for the first time. We’re now expecting that Eminent, Halogen and…Eminent has agreed to come. Unfortunately, the week he was to come, I was not on ground, so we shifted. I expect that, all of them should come to town for this festive period so that they can make their confessional statements. And then, we can then tidy up, and report back to the House that has given us a letter”, he stressed.
In addition, Dr Akanmu stated the terms of reference given to the Unit to guide its investigation of the matter.
“The letter that was written, was in January. And Sub Dean was to; harvest the said discrepancies; invite the concerned; and then, arrange for reconciliation. Reconciliation in this context, is not settlement. It’s reconciliation of discrepancies.”

“Although, the action that was taken…case study…details have been there. When they now come, we’ll allow them to write their own statement. We’ll present this to them, that _what do you have to say about this?_ But apart from official documentation, independent investigation has gone on…There was a time the contractor was talking about supplying 9854 copies of souvenir, but that’s unofficial; come, put it down in black and white…”

“The question is, how many copies are you supposed to produce? How much did you collect? 2.1 million was paid in instalments…Beyond that, some other revelations have come up, in terms of, give me ten thousand naira, give me twenty thousand naira…we want to believe they’ve not had those things, but we’ll surely get to the root of the matter”, he assured.
The varsity don seized the opportunity to assure members of the university community of the Unit’s resolve in sanitising the system, and that a reminder would be sent to the parties involved in the scandal, for them to report to the Unit for onward action.
He said: “We’re interested in sanitising the system…the fact is not far from the truth. I told you that I’ve sent an invitation, I’m expecting them to come for a meeting where we’ll be able to get nothing but the fact. This meeting will give me an opportunity to remind them again that our meeting is long overdue. And I’m expecting. The university community is agitated to know how far we have gone…” 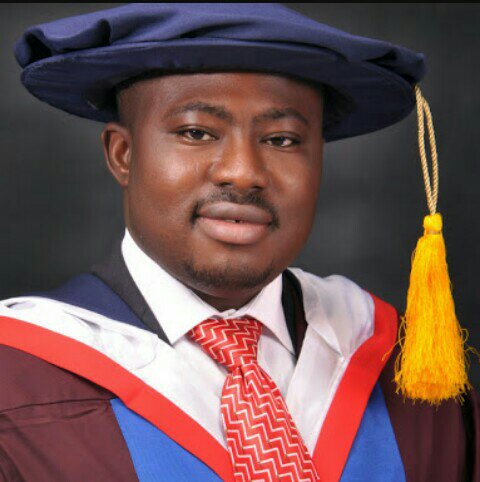