Video footage of the landing showed the Falcon 9 rocket’s base engulfed in flames and smoke as it landed on board one of the company’s autonomous barges in the Atlantic Ocean.
The feed momentarily cut out as the fire from the rocket’s base began to enter the rocket’s frame, but moments later it came back to show the rocket standing on the ship, its bottom part still on fire. The fire was eventually put out.
Space X Lead Mechanical Engineer John Federspiel said: “A little toasty, but stage one is certainly still intact on the drone ship.”
Fire broke out after Space X’s Falcon 9 rocket launched from the Kennedy Space Centre in Florida carrying the Koreasat-5A satellite into space, where it will provide bandwidth to Korea and South Asia during a 15-year mission. The rocket was launched at 3.50pm (local time) and returned to earth in under nine minutes. 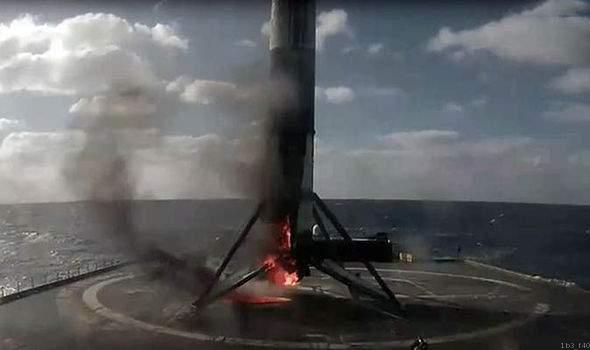