INSIDE THE PARLIAMENT
THURSDAY, FEBRUARY 8TH 2018.
REPORT OF THE SENATE COUNCIL 5TH ORDINARY SITTING
The sitting started by 10:50 am on 2nd February 2018. The senate clerk read out the agenda of the day and the last sitting resolution, which were adopted respectively.
INCOMING MAILS

The council received two incoming mails:
One from the National Association of psychology students, requesting funds from the union to cater for the surgical bill of one of its members who had a tumor in his upper left arm. The council resolved that the union should pay 600,000NGN out of the bill of 782,000NGN which should be paid from Babatunde Lukman foundation account because the student had already raised he sum of 200,000NGN.
A mail was received from the Deaf Students Association requesting funds from the union to renovate some properties in her secretariat. A unanimous resolution was reached that the welfare committee should look critically into the association and give a comprehensive report to the council.
The price regulatory committee brought a report regarding Item7 restaurant on the increment in the price of food from #400 to #450. The committee informed the Council that if they reduced the price of the food, they would have to stop sponsoring union activities. After deliberations, the council in her bid to protect the welfare of students resolved that Item7 should maintain the status quo of #400 per plate without compromising the quantity and quality.

Prior to the resolution reached in the last emergency sitting demanding that the UISAPC and the investigation committee to investigate the allegations levelled against comrade Asukuti and present a comprehensive report to the house.
After series of evidence, comprising of 5 different audio recordings from executives and members of the Korope and Keke Napep unions were played on the floor of the house, it was unanimously agreed that Comr. Asukuti is guilty of the following charges;
1. Entering a contract unilaterally on behalf of the union without informing the Senate Council or even fellow CEC members before concluding the financial transactions.
2. Embezzlement of union funds by collecting money from transporters without remitting it into the union account since November 2017.
3. Participation in the sale of stickers to Korope drivers, contrary to his explicit claims on the floor of the Senate Council.
4. Printing of stickers and attempting to sell them to the Keke Napep drivers without the knowledge of any union official.
5. Lying to the senate council and congressmen on the matters listed above.
After inviting and receiving comments from congressmen as well as the CEC, the Council resolved that despite his defence of acting as guided by his predecessor and denial of the contents of the recordings, the investigation of the UISAPC and the Investigation Committee be upheld. Comrade Asukuti Ibrahim was declared fallen short of expectations in the discharge of his duties and the house voted that he stands suspended for 30 working days.

An email received from a union member who was advocating for the creation of special students acts and a research council was deliberated and the council resolved that information and enlightenment Committee should contact the person for a more detailed framework.
Many senators raised issues concerning the welfare of their constituencies including Wi-Fi availability, lighting, hostel allocation etc, which were collated and resolved to be presented to the university management in conjunction with the CEC.
The house resolved that the Union should dialogue with the school management to maintain the status quo for closing the school gate which is 12 am and to open the library for 24hrs because of exam imminent.
The sitting was adjourned at 7:48 pm.
​SIGNED:​
​Chairman​
​Sen. OLATUNJI, Ayobami P.​
​Mayor​
​07030995945​
​Secretary​
​Sen. ABIDOYE, Samson O.​
​Mr. Possible​
​08187294160​
​PRO​
​Sen. TIAMIYU, Aminah O.​
​Ms. Meenarh​
​08134934546​
​INFORMATION AND ENLIGHTENMENT COMMITTEE​ 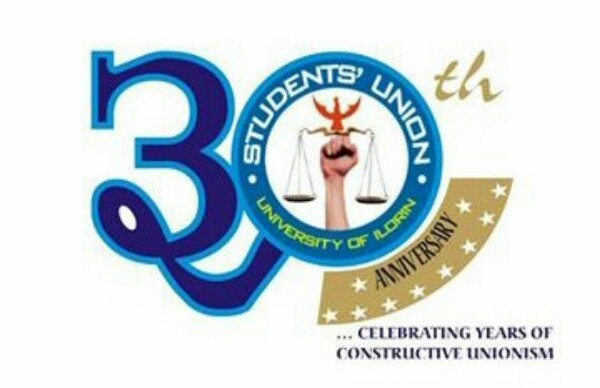