Russian President Vladimir Putin has renewed his call for a political solution to the war in Syria, during a rare visit by his Syrian counterpart.
Mr Putin told Bashar al-Assad the military campaign was “wrapping up”, but there was still “a long way to go”. A two-year Russian air campaign has given Mr Assad a clear upper hand in the civil war, which began in 2011.
The meeting comes ahead of talks between the president’s allies, Russia and Iran, and rebel backer Turkey. The three powers have increasingly co-operated in recent months to set up a series of so-called “de-escalation zones” aimed at calming fighting in western Syria.
Speaking to Russian television after the meeting on Monday evening, Mr Putin said he intended to talk with US President Donald Trump and the Emir of Qatar about a resolution to the conflict.
“We still have a long way to go before we achieve a complete victory over terrorists,” Mr Putin said at the meeting in Sochi. “But as far as our joint work in fighting terrorism on the territory of Syria is concerned, this military operation is indeed wrapping up.” The Syrian and Russian leaders have long characterised Syrian rebels as terrorists.
UCJ, UNILORIN. 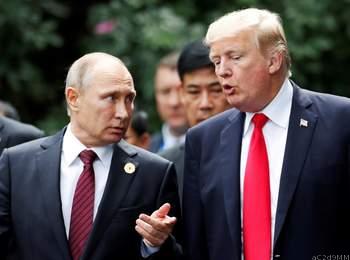