The revival of theatre culture cannot be sensitized with exorbitant gate fees. To reawaken this ancient urge within the people, we must obviously fling the doors of theatre open to all classes and perhaps show elements hitherto present in our own form of theatre, which in this case are ritual and communality. When I speak of the common man, I speak even for the market woman and those who have never heard and will most likely never hear of the theatre. When I speak about the revival of the theatre, I speak of a holistic national revival. This can first be arrived by the theatre itself answering a collectively silent but pertinent. question; what does this audience want? This question is there, laying underneath rubbles of forgotten actor-audience interrelated immediacy. Forgotten beneath years and years of active and authentic theatrical spatial existence available for all classes. Sadly, throwing the theatre back in the face of the audience will not solve this problem. It will be procedural and excruciating. I do not believe in fact, that it can be reawakened completely in my lifetime (and I am a young man). But it must start somewhere and if not now, then when? If not us, then who?
Some solutions are presented in this fashion:

1. A collective, national competition that holds at the end of every year, around the festive period (when we are most simultaneously active and relaxed) where each theatre department in every university in the country selects its best student play performance and these plays are run before seasoned theatre directors at the National Theatre before a national audience and a winner is selected. Of course a form of incentive must be made available. This gives a national platform of exposure for upcoming stage directors (and even potential screen directors) to express their talents.
2. If the people will not go to the theatre, then the theatre will go to the people. Ngugi Wa Thiongo held rehearsals in open spaces in the eyes of the Kenyan people thus demystifying the theatrical process. He accepted contributions from strangers and passers-by. When the performances got to the people, they found their contributions in them. This undoubtedly solidifies the communal theme of African theatre. Although, Ngugi isn’t totally our solution, he is a valid example.
3. A more active (than the current taciturn ones) and necessarily proactive and collective theatre student association be created that addresses issues concerning this problem and those to arise to replace it when it is finally battled. Membership into this body should be compulsory for every theatre arts department in the country’s higher institutions.

I have been accosted verbally and labelled an idealist for believing the Nigerian theatre stage can be a valid platform for directorial, musical, dance and generally, theatrical inclined artistic expression. I find this distasteful because if we all spend an average of four years in theatre departments at our various universities only to graduate and serve the film industry, why come into the department to begin with? I also understand that there is a faction of students who find themselves in the department because of lack of adequate film schools in the country. I am amongst those people, but from that moment I saw that actor – in my first year –, that momentous spark between audience and performer that film mediates, that silent acknowledgement and recognition of audience in performer and vice versa, that immediacy gifted to performer and audience by the stage, it all changed for me. I understand that this might not be the same for others, but certainly, these film enthusiasts if presented with a functional theatre and a willing audience (of all classes) might be converted into the light of the stage.

I must end this as I began, due to the cyclical nature of my essence as an African – with a new and more defining theatrical moment (this time not with a student actor, but a student director) in my third year. The climax of any theatrical experience can either be a resounding applause and shouts by the audience in acceptance of the performance presented to them. Or it could be a deafening silence which is birthed by an audience that has seen something truly profound and has been transported into the endless realm of introspection. I found myself a member of the latter recently when Sarah Kane’s “4.48 psychosis” was presented by a student director in my department. An audience of near 300 left the theatre thinking and rethinking critically about what depression and insanity are and how these conditions affect the human psyche. I imagined how theatre could hold the common man and enlighten the pastor beating a depressed child to cure her of “witchcraft”. How that theatre could enlighten the common man about the true colours of an oppressive but ambiguously deceitful government. Or simply, as it did two years ago for me, spark interest for the stage in a random young enthusiastic audience member. 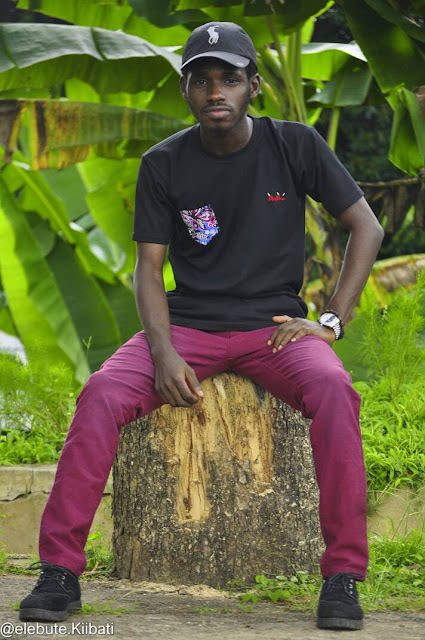