Former President Olusegun Obasanjo has observed that Nigeria’s economy hardship will not last.
He made the observation at the 52nd Annual Service of Songs of the 1st ECWA Church, Ilorin, the Kwara State capital. Obasanjo, who spoke in Yoruba during the church service, urged Nigerians to be patient, adding that the current hard time would not last.
“This current hard time will not last. The economy is not booming. Everyone is feeling the heat but people should be patient. The small and large scale business owners are all feeling it. It is normal for people to experience hardship as a result of the current economic challenges. People should be patient; it will not last.” The National Bureau of Statistics had on September 5 announced that the Nigerian economy was out of recession.
NBS said that in the second quarter of 2017, Nigeria’s Gross Domestic Product grew by 0.55 per cent (year-on-year) in real terms which indicated the exit of the economy from recession after five consecutive quarters of contractions since the first quarter of 2016.
UCJ, UNILORIN. 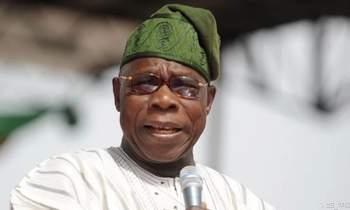