Miss. Iromini Tohirah, also known as Purity, is the immediate past Vice President (permanent site) of University of Ilorin Student Union, during the Eminent administration.

In an exclusive interview with UCJ UNILORIN, Purity expresses her views, roles and the shortcomings on the souvenir sage among other related matters confronting the Eminent led administration.

UCJ: Can we meet you?

UCJ: What was your Position in the previous administration?

Purity: I served as the Vice President (Permanent Site).

UCJ: Have You heard of the recent souvenir saga in the administration which you served?

UCJ: What’s Your Take on the issue?

Purity: Well it’s a big surprise to me because the last thing I would expect to hear is that the souvenir wasn’t complete but here we are.

UCJ: Where then do you think the discordance in the souvenir matter lies?

Purity: One thing is sure, the contractor didn’t deliver the expected number we paid him for. How he pulled that off is what I’m curious about. The welfare was expected to take delivery and confirm the number, but he said he didn’t because the president told him not to. To connect the dots we would have to confirm if the president actually did and if yes, why?

UCJ: Are You saying You are very sure the Souvenirs were not complete and How Did You know that? Did You count them?

Purity: It is obvious from the number found in store by the present administration. If 15,000 souvenirs were delivered, I find it hard to think of a way more than half left the store. We didn’t even distribute at all during our administration. At least, I don’t even have just one copy of the book.

UCJ: How many did Your Administration distribute?

Purity: To the best of my knowledge, we did not distribute at all. Not even to excos.

UCJ: Did Halogen confirm in any CEC meeting that the contractor delivered the agreed quantity of souvenirs?

Purity: Yes, he did.

UCJ: Did he confirm that he counted it or he said Eminent asked Him not to?

Purity: He told us it was complete and that was all.

UCJ: What role did You play in the whole contract deal, as the then Vice President of the Union?

Purity: I didn’t exactly play any major role. Contract was assigned, delivery was made,  number was confirmed and payment was made. Most part hardly concerned my office.

UCJ: So, are you saying there was no involvement from Your office?

UCJ: How was Eminent’s involvement in the deal, and Is it true that Eminent singlehandedly interfaced with the contractor on the deal?

Purity: I don’t know about single-handedly, but unlike other contractors who came to present to all excos, the contractor for the souvenir didn’t do same.

UCJ: What do You mean by He didn’t do the same?

Purity: He didn’t present a proposal to all excos.

UCJ: What is the format of presentation?

Purity: A written proposal which would be sent prior to the meeting and the contractor comes in person to explain further.

UCJ:  How was the proposal for the Souvenir like? What made it different?

Purity: There was none.

UCJ: Do you mean there was no proposal and the Union awarded the contract without any agreement?

Purity: There was no proposal, yes. At least not officially. But there sure would have been an agreement.

UCJ: Do You mean there was no official agreement or you are not aware of any?

Purity: We didn’t have an official agreement initially cos the contract wasn’t awarded in due process, but I don’t know if the gen secretary later did.

UCJ: Was there ever any personal clash between eminent and halogen?

Purity: None that I know of.

UCJ: What can you say about Halogen’s comment on Eminent, stating that Eminent is not a saint?

Purity: No one is a saint.

UCJ: How would You rate Eminent’s leadership quality and character as a member of the “determination unshakable” administration?

Purity: Good. And you know I was part of the administration, its better judged from outside.

UCJ: What do you think is hidden about this whole souvenir saga?

Purity: Like you said it’s hidden and I’m as curious as you. I’m just in a dilemma because Halogen wouldn’t say something without reason.

UCJ: What’s Your message to Unilorites who are expecting to get their souvenirs?

Purity: We’re sorry students are yet to get it at this point. Work is ongoing to see to it that they get what they have paid for and it’s really sad that all this is happening. But I hope the truth will be out soon.

Purity: We need to sort out the issues raised within us before we can involve them.

UCJ: How and when do intend to do that and what measures have you out in place?

Purity: There’s no timeline, we can only try and thanks to UCJ interviews, we’re also getting some hints. 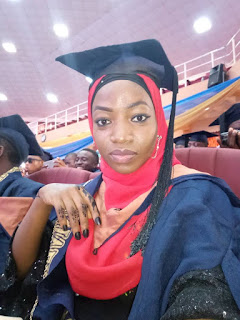