A volcano on the Indonesian island of Bali has erupted for the first time in more than 50 years, the country’s national disaster agency says.
More than 140,000 people had fled their homes in recent months before Mount Agung began belching smoke 700m (2,300ft) above its summit on Tuesday.
A spokesperson for the national disaster agency said Mount Agung was undergoing phreatic eruptions, which happen when water beneath the ground or on the surface is heated by magma.
Many of those who returned home have now been ordered to leave and stay overnight in village halls and temples a safe distance from the volcano.
According to official estimates, the holiday island of Bali lost at least $110m (£83m) in tourism and productivity while locals were moved to shelters. 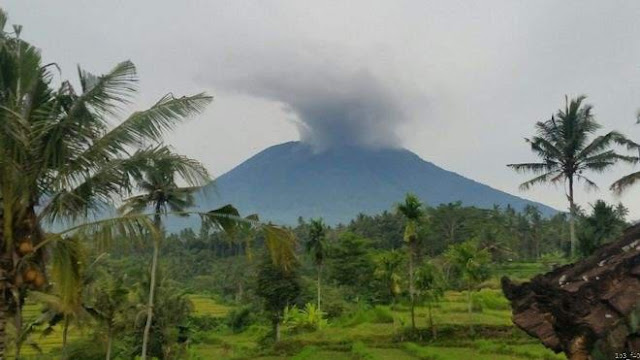