Speaking at the Asia-Pacific Economic Cooperation (Apec) conference in Da Nang, Vietnam, the US president’s words had the tone of a fierce reprimand.
The speech was clearly, sometimes explicitly, focused on China and other countries he blamed for predatory economic policies, accusing them of having “stripped” jobs, factories and industries out of the United States.
“We can no longer tolerate these chronic trade abuses and we will not tolerate them,” he said, with audio speakers in the large hall crackling as Trump raised his voice at times. “Despite years of broken promises, we were told that someday soon everybody would behave fairly and responsibly.
People in America and throughout the Indo-Pacific region have awaited that day to come but it never has and that is why I am here today,” he said.
He addressed a largely mute and visibly stunned audience that included ministers from countries he accused of not “playing by the rules” as the US opened its economy with few conditions. “But while we lowered market barriers, other countries didn’t open their markets to us,” he said.
UCJ, UNILORIN. 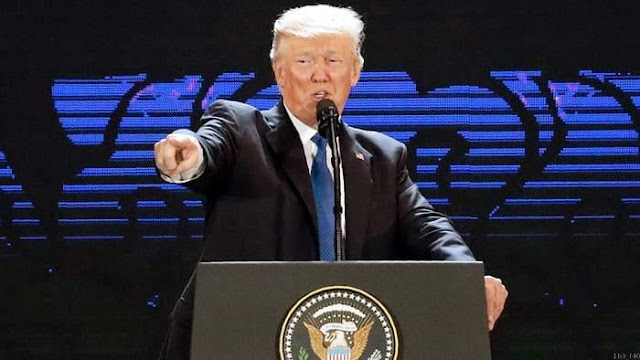