President Trump has announced that the US is re-designating North Korea a state sponsor of terrorism, nine years after it was removed from the list.
In a cabinet meeting, he said the move would trigger “very large” additional sanctions to be announced on Tuesday. But Secretary of State Rex Tillerson later admitted that “the practical effects may be limited”.
Mr Trump blamed the country’s nuclear programme and support for what he called international acts of terrorism.
While announcing the decision at the White House, the US president said it “should have happened a long time ago”. In September, the US proposed a range of United Nations sanctions against North Korea, including an oil ban and a freeze on leader Kim Jong-un’s assets.
It followed the North’s sixth nuclear test and repeated missile launches.
North Korea joins Iran, Sudan and Syria on a list of countries that are deemed to have repeatedly provided support for acts of international terrorism. 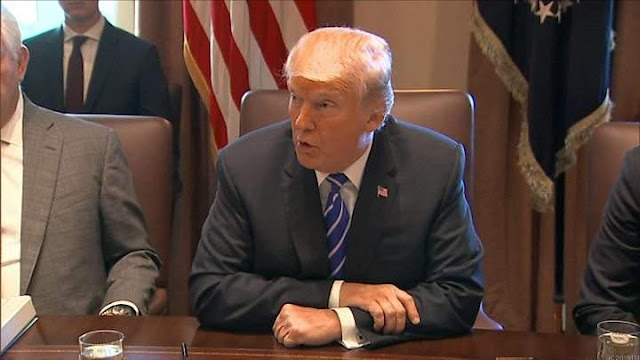