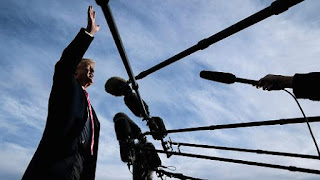 Ten months into his administration, President Donald Trump has not filled numerous holes at federal agencies.

Trump has broadly lagged behind his predecessors in appointing people to Senate-confirmed jobs. While major vacancies exist at several departments, some agencies lack officials at a bigger proportion of top posts than others.

As of Tuesday, Trump had nominated 458 people to posts deemed critical by the Partnership for Public Service, an organization that tracks presidential appointments. That figure, and the 249 people confirmed to those jobs by the Senate, fall short of the four presidents who preceded him at the same point in their presidencies.

Trump has signaled that he has left at least some of those positions deliberately unfilled. The president has questioned the need for many government jobs, particularly at the State Department, where he has called for significant budget cuts.

“Let me tell you, the one that matters is me,” he told Fox News earlier this month when asked about vacancies in the department. “I’m the only one that matters, because when it comes to it, that’s what the policy is going to be. You’ve seen that, you’ve seen it strongly.”