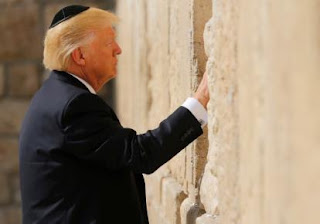 Even though the holidays aren’t over yet 👀, and Trump is still golfing, Trump is still very much 👍 in the political game, tweeting about his victory over ISIS, the economy and trashing fake news❗

🐦 All signs are that business is looking really good for next year, only to be helped further by our Tax Cut Bill. Will be a great year for Companies and JOBS! Stock Market is poised for another year of SUCCESS!

Investors have driven up the stock market to record levels in 2017. Many Wall Street analysts are predicting the stock market’s rise will continue throughout the next year. Even the biggest skeptics predict it will end the year with a slight gain or about the same.

🐦 Just left West Palm Beach Fire & Rescue #2. Met with great men and women as representatives of those who do so much for all of us. Firefighters, paramedics, first responders – what amazing people they are!

President Trump made an unannounced visit to firefighters in West Palm Beach on Wednesday to thank them for their service. Speaking to about four dozen members of the West Palm Beach Fire and Rescue, Trump said under his administration, local law enforcement agencies are getting military-grade equipment back.

President Donald Trump tweeted out false information about the military campaign against ISIS on Wednesday — and he failed to acknowledge the error when he corrected the mistake hours later. The Washington Examiner made an error. It claimed that the US-led coalition liberated 26,800 square miles under Trump. That math is off: The coalition actually freed around 15,570 square miles of territory in Iraq and Syria since January 20. The Examiner subsequently corrected its mistake Wednesday night. But Trump didn’t realize that.

After the Examiner fixed its mistake, Trump deleted the original tweet above and replaced it with the one below at 9:09 pm. Nowhere does he note that he, too, corrected the error. The tweet below now has the right number — 15,570 square miles liberated — instead of the incorrect 26,800 square miles from the first tweet.

🐦 Vanity Fair, which looks like it is on its last legs, is bending over backwards in apologizing for the minor hit they took at Crooked H. Anna Wintour, who was all set to be Amb to Court of St James’s & a big fundraiser for CH, is beside herself in grief & begging for forgiveness!

In a morning tweet, Trump mocked Vanity Fair magazine for apologizing to Clinton over a satiric video suggesting ways the defeated 2016 Democratic presidential candidate could spend her now-free time. Oddly, the president then took a swipe at Anna Wintour – though she is editor-in-chief of Vogue, not Vanity Fair. (Wintour is also artistic director of Conde Nast, which publishes both Vogue and Vanity Fair.)

🐦 Retail sales are at record numbers. We’ve got the economy going better than anyone ever dreamt – and you haven’t seen anything yet!

It was reported this week that holiday season sales have totaled more than $800 billion. The success is being enjoyed at online stores and traditional brick-and-mortar locations.

🐦 Caught RED HANDED – very disappointed that China is allowing oil to go into North Korea. There will never be a friendly solution to the North Korea problem if this continues to happen!

China earlier on Thursday said there had been no U.N. sanction-breaking oil sales by Chinese ships to North Korea after a South Korea newspaper said Chinese and North Korean vessels had been illicitly linking up at sea to get oil to North Korea.