Looks like the holiday cheer has begun for President Trump with his tax bill being passed in the Senate, making it one of his biggest achievements since taking up office. And it seems to show in his rather positive, and mellowed tweets (except at Hillary, of course)
🐦 The media has been speculating that I fired Rex Tillerson or that he would be leaving soon – FAKE NEWS! He’s not leaving and while we disagree on certain subjects, (I call the final shots) we work well together and America is highly respected again!
The tweet linked to an Instagram post with a picture of Tillerson being sworn in during a ceremony in the Oval Office. Trump met for lunch Friday with Tillerson and Secretary of Defense James N. Mattis. Earlier in the day, Tillerson called reports of his potential departure “laughable.”
🐦 Economists on the TAX CUTS and JOBS ACT: “The enactment of a comprehensive overhaul – complete with a lower corporate tax rate – will IGNITE our ECONOMY with levels of GROWTH not SEEN IN GENERATIONS…”
After a marathon session that stretched overnight, the chamber voted 51 to 49 in favour 👍 of the nation’s largest tax overhaul in 31 years, overcoming stubborn internal Republican resistance and dismissing Democrats angry over last-minute revisions to the bill.
The Senate version and the one passed recently by the House of Representatives must now be reconciled into a single bill, and approved again by both chambers, before it can be signed into law.
🐦 We are one step closer to delivering MASSIVE tax cuts for working families across America. Special thanks to SenateMajLdr Mitch McConnell and Chairman SenOrrinHatch for shepherding our bill through the Senate. Look forward to signing a final bill before Christmas!
🐦 Biggest Tax Bill and Tax Cuts in history just passed in the Senate. Now these great Republicans will be going for final passage. Thank you to House and Senate Republicans for your hard work and commitment!
🐦 I had to fire General Flynn because he lied to the Vice President and the FBI. He has pled guilty to those lies. It is a shame because his actions during the transition were lawful. There was nothing to hide!
Trump fired Flynn on Feb. 13, and at the time said it was because Flynn had misled Vice President Mike Pence about his conversations with Russian officials about sanctions. It was three days later that The Washington Post reported that Flynn had lied to the FBI about those conversations.
🐦 Great job First Lady Melania!
🐦 So General Flynn lies to the FBI and his life is destroyed, while Crooked Hillary Clinton, on that now famous FBI holiday “interrogation” with no swearing in and no recording, lies many times…and nothing happens to her? Rigged system, or just a double standard?
Trump returned to the subject of Flynn’s prosecution Saturday night and revived his complaint that Hillary Clinton was never prosecuted❗
🐦 Many people in our Country are asking what the “Justice” Department is going to do about the fact that totally Crooked Hillary, AFTER receiving a subpoena from the United States Congress, deleted and “acid washed” 33,000 Emails? No justice!
🐦 Congratulations to ABC News for suspending Brian Ross for his horrendously inaccurate and dishonest report on the Russia, Russia, Russia Witch Hunt. More Networks and “papers” should do the same with their Fake News!
Brian Ross, the chief investigative correspondent for ABC News, has been suspended for four weeks without pay after incorrectly reporting that Michael T. Flynn, the former national security adviser, would testify that President Trump had directed him to make contact with Russian officials while Mr. Trump was still a candidate, the network announced on Saturday. 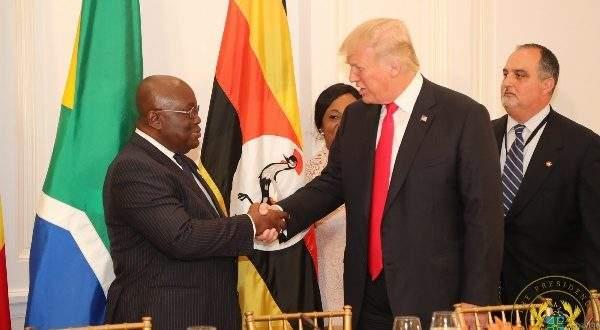