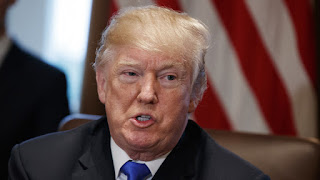 The President seems to want to make pertinent points this weekend, with his take on the Iranian protests and defending his constant use of twitter.

🐦 Many reports of peaceful protests by Iranian citizens fed up with regime’s corruption & its squandering of the nation’s wealth to fund terrorism abroad. Iranian govt should respect their people’s rights, including right to express themselves. The world is watching! IranProtests

🐦 The entire world understands that the good people of Iran want change, and, other than the vast military power of the United States, that Iran’s people are what their leaders fear the most….

🐦Oppressive regimes cannot endure forever, and the day will come when the Iranian people will face a choice. The world is watching!

🐦 On Taxes: “This is the biggest corporate rate cut ever, going back to the corporate income tax rate of roughly 80 years ago.This is a huge pro-growth stimulus for the economy. Every year the Obama WH overstated how the economy would grow. Now real economics and jobs.” WSJ Report

🐦 I use Social Media not because I like to, but because it is the only way to fight a VERY dishonest and unfair “press,” now often referred to as Fake News Media. Phony and non-existent “sources” are being used more often than ever. Many stories & reports a pure fiction!

During his first year in office, Trump has used the social media platform to announce new policies, pressure wavering lawmakers, battle the media, rally support for his agenda and otherwise steer the national conversation. The forum, though, has come with pitfalls for the quick-to-type president who’s seemingly feuding with the media, Democrats and even some Republicans on a daily basis.

🐦 Jobs are kicking in and companies are coming back to the U.S. Unnecessary regulations and high taxes are being dramatically Cut, and it will only get better. MUCH MORE TO COME!

And it goes on and on.