Ringing the holidays in by lighting up the Christmas tree, the President seemed to be in good spirits until he heard about the Kate Steinle case last night.
🐦 Thank you SenOrrinHatch. Let’s continue MAKING AMERICA GREAT AGAIN!
🐦 Today, it was my great honor to meet with the Crown Prince of Bahrain at the WhiteHouse. Bahrain and the United States are important partners. During the Crown Prince’s visit, he is advancing $9 BILLION in commercial deals, including finalizing the purchase of F-16’s…
President Trump met Thursday at the White House with the crown prince of Bahrain. Trump told reporters at the meeting that Bahrain and the United States have had a “long relationship and a great relationship” that will only get better. He said Bahrain is “doing a lot of business” with the U.S. and “buying a lot of things.”
🐦 Our FIFTH 1K milestone of 2017! DOW24K MAGA
🐦 Today is a day that I’ve been looking very much forward to ALL YEAR LONG. It is one that you have heard me speak about many times before. Now, as President of the United States, it is my tremendous honor to finally wish America and the world, a very MERRY CHRISTMAS!
🐦 The Christmas Story begins 2,000 years ago with a mother, a father, their baby son and the most extraordinary gift of all—the gift of God’s love for all of humanity. Whatever our beliefs, we know that the birth of Jesus Christ and the story of his life…
During his campaign, Trump had promised that, when he was elected, people would be saying “Merry Christmas again,” a reference to what he characterized as the country’s obsession with political correctness. In Trump’s view, the move toward the use of the more inclusive phrase “Happy holidays” minimized the Christian celebration 👀.
🐦 A disgraceful verdict in the Kate Steinle case! No wonder the people of our Country are so angry with Illegal Immigration.
A jury acquitted Garcia Zarate of murder and involuntary manslaughter charges, as well as assault with a firearm. Garcia Zarate was convicted of being a felon in possession of a firearm, however. His attorneys claimed the shooting was accidental. The Justice Department is considering bringing federal charges against Garcia Zarate, according to spokesperson Sarah Flores. All available federal options are on the table, CNN is told.
🐦 The Kate Steinle killer came back and back over the weakly protected Obama border, always committing crimes and being violent, and yet this info was not used in court. His exoneration is a complete travesty of justice. BUILD THE WALL!
Oh, lord! Here we go again
🐦 The jury was not told the killer of Kate was a 7 time felon. The Schumer/Pelosi Democrats are so weak on Crime that they will pay a big price in the 2018 and 2020 Elections.
🐦 Republicans Senators are working hard to pass the biggest Tax Cuts in the history of our Country. The Bill is getting better and better. This is a once in a generation chance. Obstructionist Dems trying to block because they think it is too good and will not be given the credit!
Senate Republicans are scrambling to pass tax reform before the years’ end, in what would be their first major legislative victory under Trump. Hopes to start a floor marathon, known as a vote-a-rama, on Thursday were dashed when senators still couldn’t reach a deal on the deficit. Democratic senators voted against starting the debate on bill, and are expected to vote against the legislation. Republicans control 52 seats and can afford only two defections on the legislation. Vice President Mike Pence would break a 50-50 tie.
🐦➿The White House: President Trump proclaims today as WorldAIDSDay. 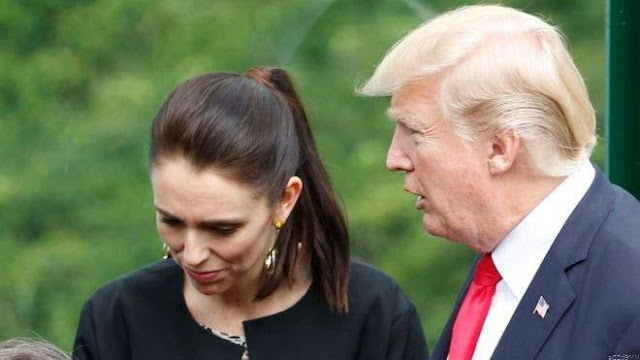