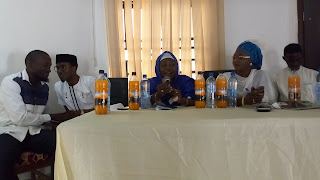 The UCJ induction ceremony held for the very first time at her Parent body situated at the Press Centre; the Nigeria Union of Journalist (NUJ) Secretariat was anchored by Mr Muhammad  Bashiru Abdulazeez. It kicked off at exactly 12:39pm with the press prayer anchored by the Director of Finance; Miss Adedeji Fatimah Sanni.

Afterwards,  the National and the School anthem was taken and the president of UCJ, Osuji Chima Francis mounted the podium expressing his joy for the occasion.

The president further introduced the dignitaries who graced the event, which include; the Chairman of NUJ Kwara state, Comrade Abiodun Abdulkareem, ably represented by the Vice-chairman Mrs Bashirat Bola who also works with the NTA, the guest speaker Dr Mrs Saidat Abdulbaqi, the H.O.D Mass Communication Department and the staff Adviser;  Dr Mafhouz Adedimeji in absential, the immediate past president  of the UCJ; Mr Muhammad  Bashiru Ishola, Mallam  Mustapha addressed as a friend of the UCJ and NUJ, The Student Union PRO and the Chairman, Senate committee on awareness.

‎Mrs Bashirat Bola gave her welcome address speech starting by congratulating the new inductees and appreciating them for ‘taking the right step in the right direction ‘ which was joining the union. In the absentia of the chairman and not to leave a room for vacuum  was why  she represented him,  she said.

He gave his presidential speech tagged ” FOR THE CAUSE:  THE MANTRA OF A TRUE MEMBER OF UCJ ,” adapted from Miss. Ojebode Oluwatumishe Sewueseter ( one of the inductee) write up.

The address charged the inductees on how to be a watchdog with sincerity,  diligence,  information,  accountability,  responsibility,  credibility and objectivity. Also giving instances of some of the inductees renouncing their political positions to join the union,  he encouraged them to be found worthy in character and learning.

‎The compere reiterated the president saying ‘writing,  speaking and leadership qualities are the mainstay of of UCJ,  he gave personal accounts of his reasons for joining the union, which were his driven passion for writing  and speaking.

He charged the inductees to  deliver speeches offhand as this will aid a better memory, he appreciated the evolvement of broadcast and print journalism, he gave many anecdotes of writings to inspire them, saying it was a privilege and golden opportunity  to be a member,  ending with a note of ‘you are in the right place.

‎  The Vice-president Editorial Mr. Tomori Uriel Idowu, while stating the do’s and don’t’s of the Union said, they were not only limited to partisan politics,  commitment, law abiding,  being a good ambassador and so on.

‎Dr. (Mrs) S.S Abdulbaqi gave the lecture on the theme of the programme ‘THE CORE AND CAUSE OF JOURNALISM,’ with the topic ‘ETHICS OF JOURNALISM ‘.

She juxtapose between the citizen journalism and mainstream journalism starting by stating what distinguishes a trained journalist to a non journalist which was ETHICS.

According to her, journalism  was a medicine that deals with lives, as identifying ethical issues will help reduce implications of certain events.

Highlighting some of the ethics in campus journalism were passion for the work, punctuality  at a news covering event, empathy,  factual information  which must be verifiable and accuracy of figures, completeness,  legal backing, secrecy or privacy of the source and content which includes digging deep,  having nose for news,  getting scoops and being unbiased.

‎Questions were raised as answers were given in the fate of journalism as against citizenry journalism. The guest speaker said the latter gives everybody a voice,  also, being at an advantaged position for information can enable  a journalist get the truth for the public.

She ended with a note ‘ give news that protect public interest rather than Interest the public.

‎The total number of inductees were (44)members today into her union with induction and oath allegiance conducted by the president at 2:30pm, with the members swearing to be of good conduct  to the school and union laws, not doing anything  of personal interest against the union and being a great ambassador.

‎Award was given to the best applicant of the 2017/2018 recruitment process in person of Ms. Omadara Ruth, a 300 level student of Common Law.

The vice chairman encouraged the joining of NUJ,  the immediate past president Mr. Ishola who emphasised passion and Mallam Mustapha who said academics was the priority for the inductees,  he encouraged activeness and opened the doors wide to the inductees who are interested  in having programmes or news for the unilorin FM.

‎Vice-president Administration  Ms shittu Adetoun in her vote of thanks, congratulated the new members once again, charging them not to be slothful in their academics as it was their first call. She further said “expect news everywhere and report”. 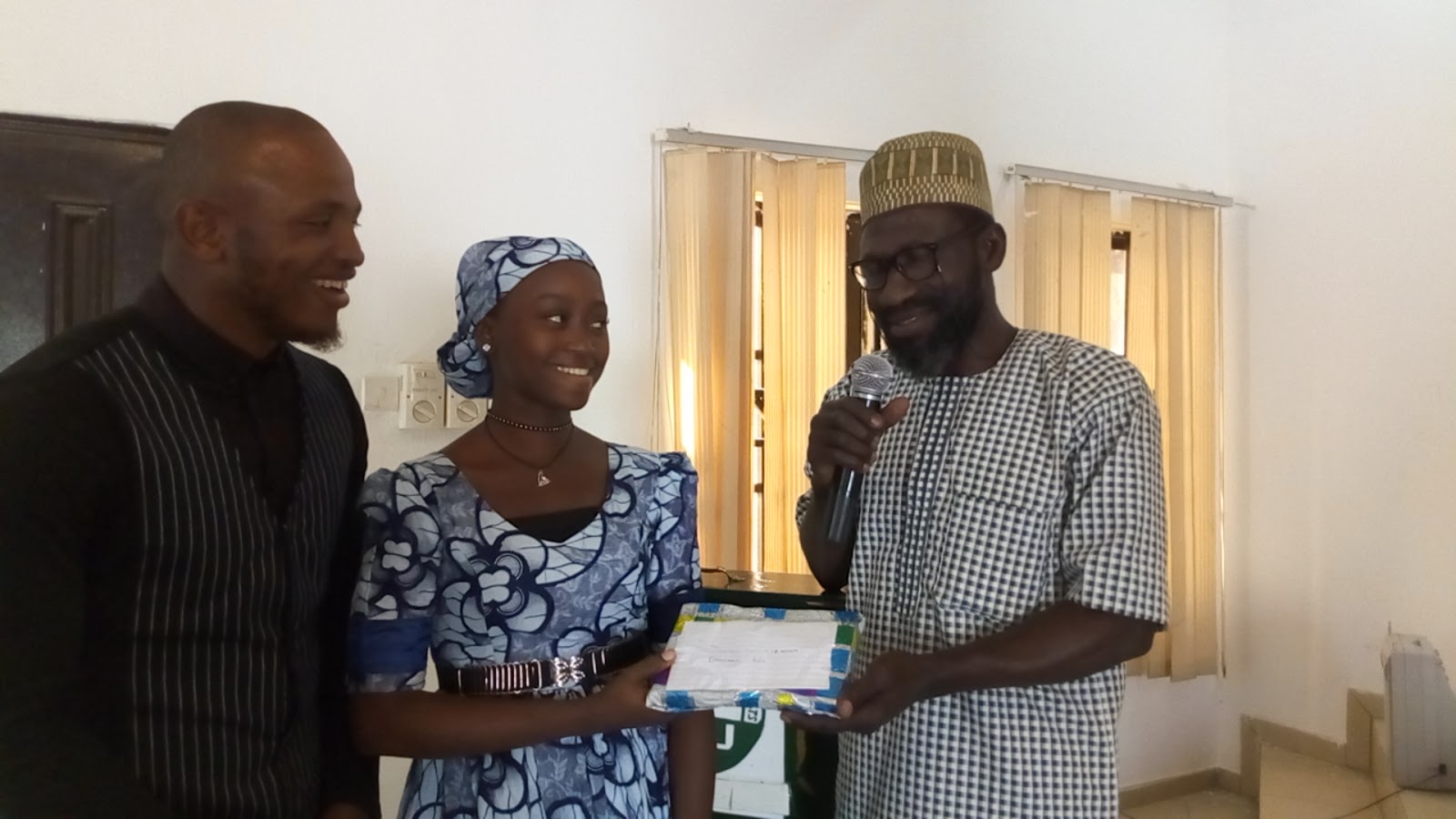 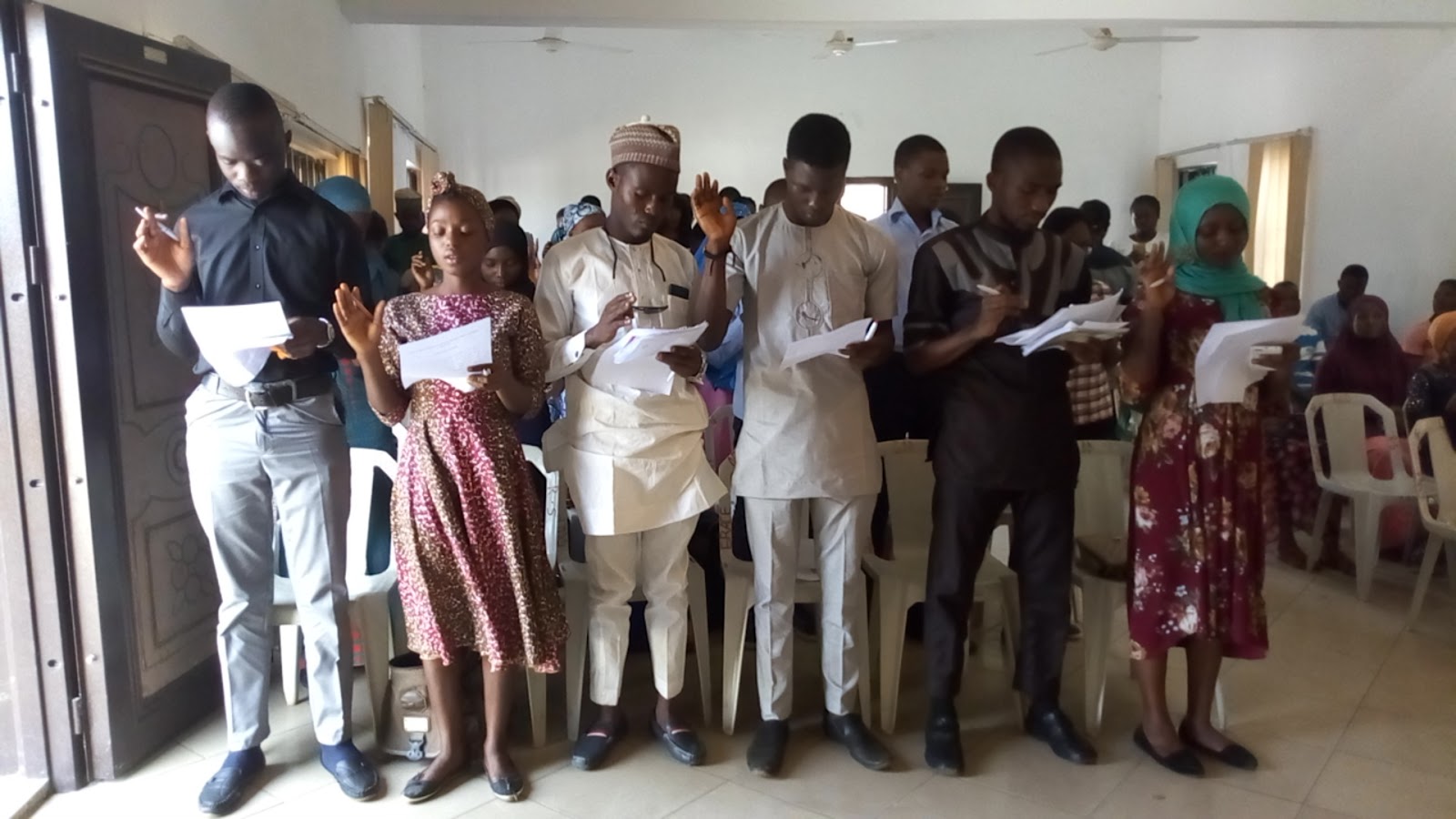 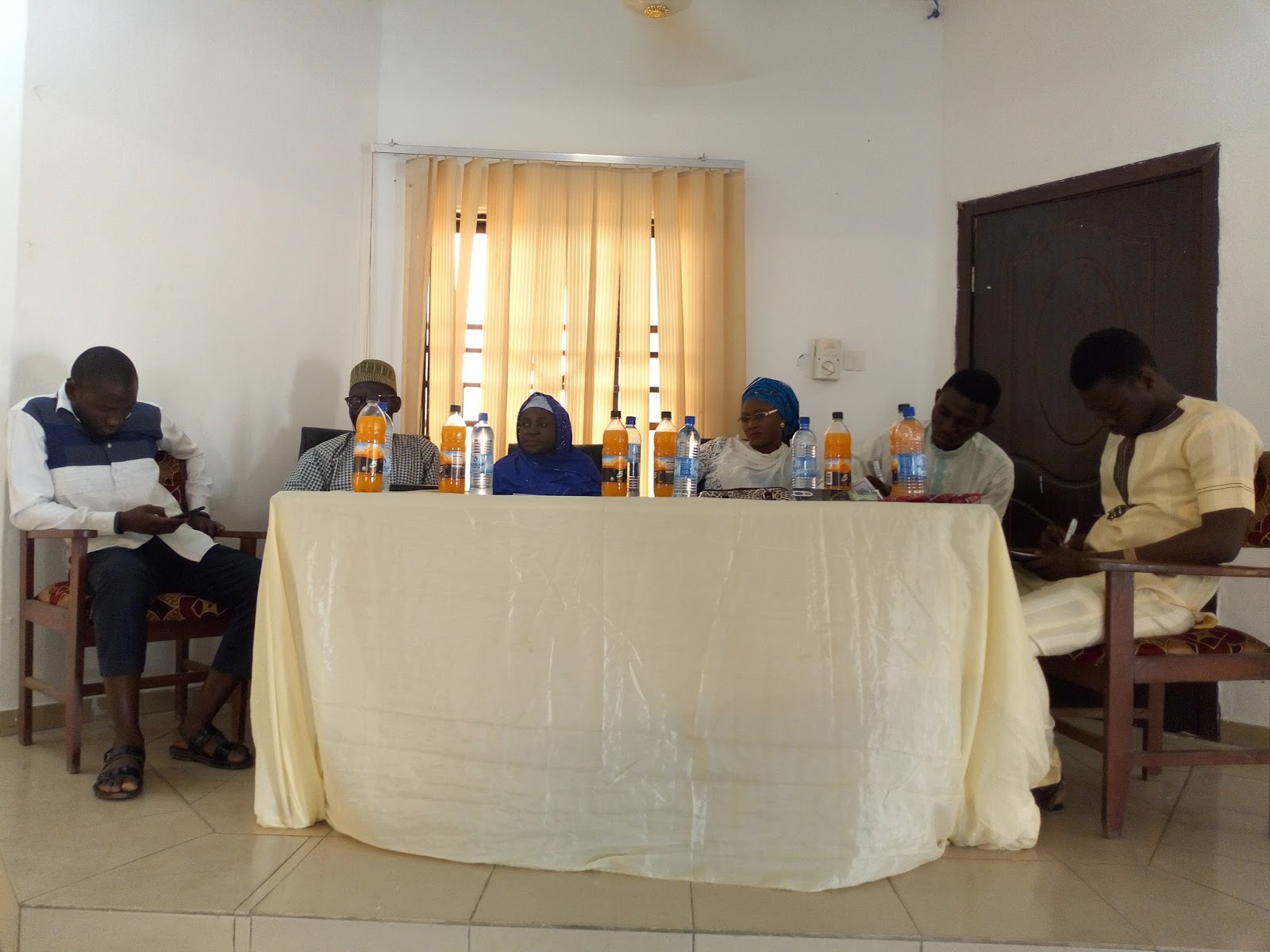 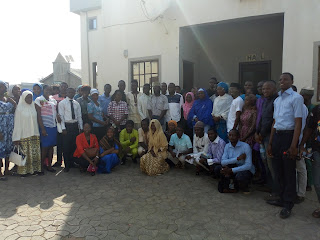