The draw of the UEFA championship league has tied Liverpool v Roma and Bayern Munich v Real madrid,  Making it teams from England, Italy, Germany and Spain remaining in the competition respectively.

Mohammed Salah would face  his former team where he scored 34goals in 83appearances, having scored 39goals in 44 appearances for Liverpool. Any team that qualifies between the both teams, would play in the final of the competition, Liverpool, arguably, having upper hand than Roma.

The match between Bayern Munich and Real Madrid would be one of the toughest and Interesting Matches of the competition, as both teams are fantastic and sharp in terms of counter attack.

However, Zinadane Zidane’s men seems to be the favourite to qualify for the final, As Bayern Munich, having narrowly booked a space in the semis. 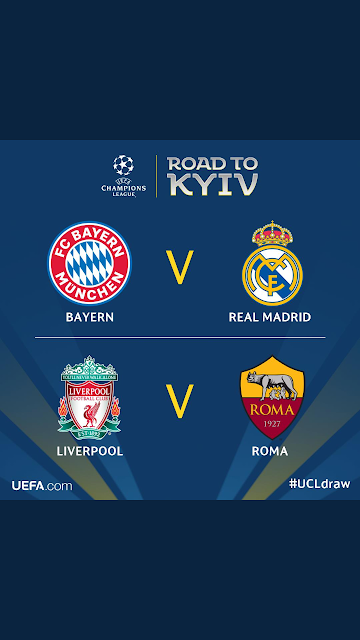