Ugandan legislators pocketed 29 million Ugandan shillings ($8,000, Sh830,960) as a payout for consultations on legislation to extend the president’s rule.
A parliamentary spokesman said this on Tuesday and opponents denounced the move as a bribe.
Parliamentary spokesman Chris Obore said the one-off payment had been released to the legislators’ bank accounts this week. “It’s to help them to consult with their constituents on this bill,” he told Reuters.
The bill would scrap a constitutional age cap preventing President Yoweri Museveni, 73 and in power for 31 years, from standing in the next election. It is likely to pass, given the ruling party’s majority, when it is voted on later this year.
A staunch ally of Western powers, Museveni is widely seen as an anchor of stability in the often volatile Great Lakes region after decades of violent Ugandan dictators.
Critics say he has evolved into just another African strongman using corrupt and ruthless tactics to retain power for life.
UCJ, UNILORIN. 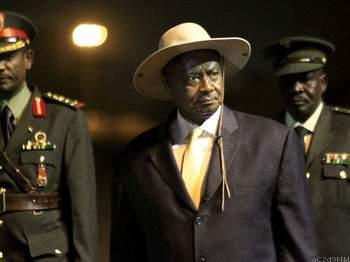