British lawmakers used a debate on Monday to express their outrage at the revelations about the slave trade in Libya exposed by a CNN report last month.
The debate was triggered by a petition created by Constance Mbassi Manga after CNN released video footage of migrants being sold into slavery in the north African country, some for as little as $400 each.
Member of Parliament Paul Scully, who lobbied for the petition to be debated, opened the debate with an impassioned call for action on the “atrocious” crimes, acknowledging that “nobody really knows the extent of the problem.”
According to Burt, the UK is doubling its aid spending on modern slavery and launching a £75 million ($100 million) migration program to provide humanitarian assistance to migrants traveling from West Africa to Libya and to “assist those along the way who may wish to return home.”
While some speakers, including Burt, focused on the need to end mass migration from sub-Saharan Africa, others criticized the UK government for failing to provide safe, legal migration routes for Africans hoping to reach Europe, arguing that this leaves them vulnerable to traffickers.
UCJ, UNILORIN. 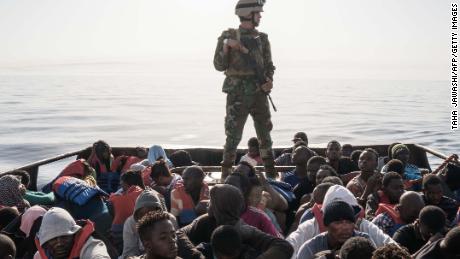