The UN Humanitarian Coordinator in Nigeria has condemned Saturday’s attack on a food convoy in Borno which left four people dead.
Mr Edward Kallon said in a statement on Tuesday that the attack put many lives at risk as it may cause limitations on the delivery of life-saving supplies to victims of the insurgency.
His comments come three days after suspected Boko Haram terrorists ambushed a food convoy of one of its agencies, World Food Programme, which was taking food to Internally Displaced Persons in Ngala, Borno State.
WFP Communication Associate, Adedeji Ademigbuji on Sunday said four people, including the driver of a WFP-hired truck and a driver’s assistant, were killed in the incident.
Kallon in the statement strongly condemned the ambush saying violence attack against aid workers is unacceptable and should be avoided.
“Violence against convoys carrying humanitarian aid is unacceptable and can result in concerning limitations in our ability to provide life-saving relief to those who need it the most.” 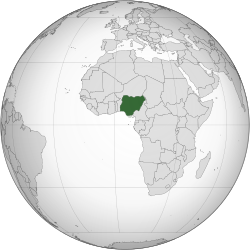