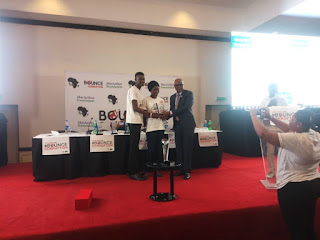 Representatives of University of Ilorin, Hawau Titilope Abikan and Omotayo Idris Jimoh, being presented their award.

The competition which had Hawau Titilope Abikan and Omotayo Idris Jimoh as representative of the university was the first edition of the bounce corruption debate competition, with top Nigerian universities competing as winners from their various region.

The knockout rounds saw UNILORIN emerging first in its group against FUTO, Federal University Dutse and UNIBEN, while UNILAG emerged first against UNICAL, UNIABUJA and UNIMAID.

The competition also had a total of 24 universities who contested from the geopolitical zone levels, with the 6 champions across the country and 2 best runners up from the North and South traveling to Abuja for the finals. 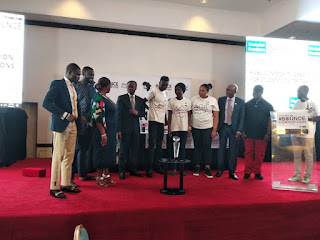 University of Ilorin delegates at the bounce corruption debate competition