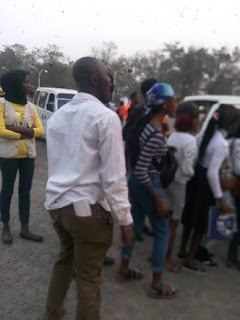 A member of the University of Ilorin transportation workers, popularly called Korope drivers, was, on Monday 17th of September, reported dead.

The deceased whose identity was undisclosed was reported dead after the day’s work; the cause of his death was however not disclosed.

The incident was confirmed in an interview with some members of the University’s transport workers who pleaded anonymity.

Sub-dean of the Students’ Affairs, Dr. Alex Akanmu, in a chat with our correspondent, further confirmed the story and the date of the incident as 17th September, 2018.

In the mean time, as part of their condolences to the deceased, the university campus shuttle drivers took the following day, Tuesday, September 18th, 2018 off to mourn their late colleague.

Meanwhile, Gross complaints on immobility were made by the students on campus as the vehicles meant to ply them to-and-fro the school were on a mourning break.