Skip to content
By Shittu Aisha
Two students of University of Ilorin have bagged two awards at the 2018 Campus Journalism Award held im Abuja.
The ceremony organized by Youths’ Digest in collaboration with PR Nigeria and Image Merchant Promotion, saw entries from institutions across the country.
At the event, two students emerged winners. The Union of Campus Journalists (UCJ) Editor-in-chief, Tomori Uriel, won the category for Best Editor of Magazine Publication and Oso Moses who got the award of Best Editor of print (Newspaper). 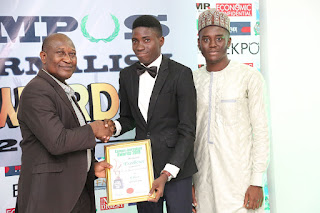 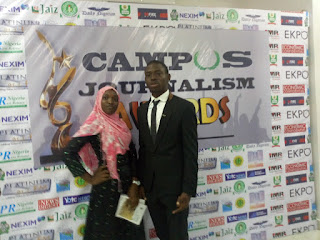 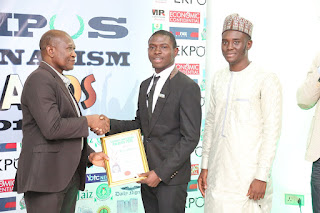 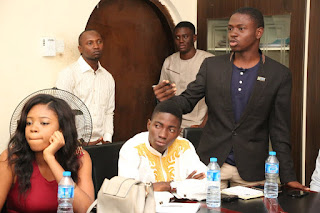 Tomori Uriel During His Presentation As Finalist For The Best Campus Journalist Award
The guest speaker, the publisher for Premium Times, Dapo Olorunyomi stated, in his presentation, that the more democratic a society, the more news it tends to have. 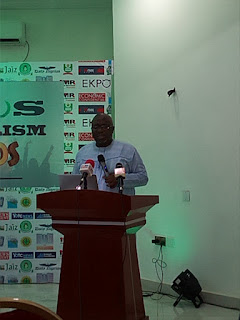 Guest Speaker, Premium Times Publisher, Delivering His Lecture.
He gave explicit definitions of journalism and highlighted its three key elements, which are accuracy and truthfulness, verification and independence of the newsman and agency.
He explained that, hate speech as any speech that attacks a person or a group of people on the basis of religion, race, gender etc. Based on the statistics he presented, 2.1 billion people use Facebook, 1.5 billion people use YouTube, 1.3 billion people use WhatsApp, and others, all on a daily basis. The biggest challenge people have, according to him, is how they consume content.
He proposed that, measures to curb hate speech include; proper education for media experts to be able to distinguish between hate speech and freedom of expression.
The event, themed “Curbing hate speech on social media,”  was attended by the panelists for the award entries who were unveiled at the workshop held for the award finalists in the morning. They include: Mrs Patsy of NTA, Mr Jibrin Baba Ndache, the Chief Press Secretary of the Niger state governor, Mr Jafar Jafar, Mr Jubril, Mr Yushau Shuaib of Image Merchant Promotion. 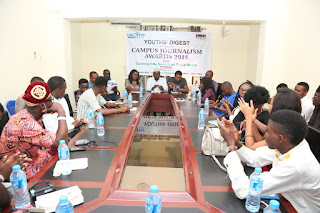 Panelists At Youths Digest
Other guests present include; the special adviser to the President on media, Mr Femi Adesina who was the Chairman of the ceremony, Miss Fidelia Onoghaife of the Netherlands embassy, the theme speaker, Mr Dapo Olorunyomi, General Chris Olukolade, Senator Dahiru Tambuwal,  Mallam Ismail Sanni of Platinum Radio, the National Association of Nigerian Students (NANS) President, among others. 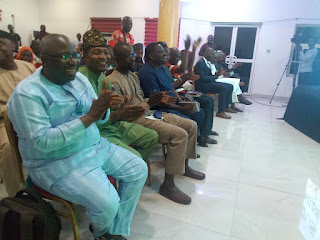 Dignitaries At The Award Ceremony 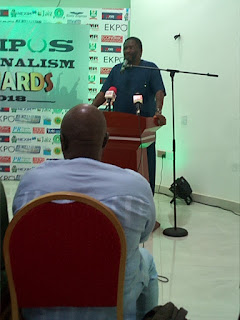