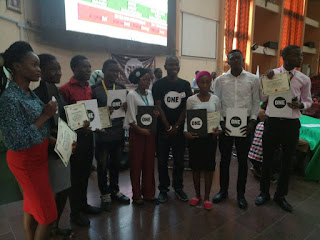 Union of Campus Journalists (UCJ) in conjunction with the Student Union, University of Ilorin have held the 6th edition of the Fresher’s Oratory Contest, at the University Auditorium, University of Ilorin.
The 2018 Fresher’s Oratory Contest (FOC) themed; “Towards a better nation,” began with a prelimenary stage on Monday, 28th May, 2018 at the lecture theatre IV, in the university.
The first stage had about 12 participants from different faculties, of which seven participants emerged as finalists. The preliminary stage was titled; “Is Nigerian police: the worst in the world or a misjudged entity,” while the finals was “Restructuring: a pathway to true federalism or an exercise in futility”.
The Vice Chancellor; Prof. Age Sulyman, in his remark, opined that events like FOC will increase the thinking capacity of youths, as he charged the participants not to give up, as a winner will emerge but there would be no losers. The VC concluded by urging to the judges to encourage participants. 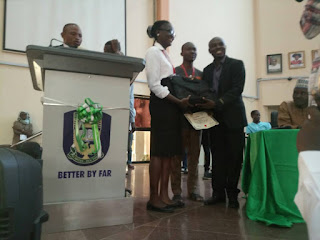 SU President, Com. Reedof, in his welcome address titled “Towards a better nation,” urged youths to think outside the box and contribute towards a better nation.
The Director of Publicity UCJ Unilorin,  Akinyemi Adedeji, acquainted the audience with the history of FOC.
He made it known that the FOC was an initiative of Mr. Alao Idris (Observation), who is an ex president of UCJ Unilorin and before becoming the SU President in the university. Furthermore, the Deputy Vice Chancellor Academic of Unilorin; Prof. (Mrs) N.Y.S. Ijaiya, appreciated the organizers of FOC.
She claimed events like FOC was an academic program. She admonished that, Nigerians are truly lazy, “Contribute to Nigeria’s democracy and not blame the President,” she said.
Representative of the Kwara State Governor, the Special Adviser on Student and Youth Affairs, expressed his joy on the quality on the event and appreciated the efforts of the organizers.
The competition saw Faculty of Law come first position, while Faculty of Pharmacy and Education were second and third respectively.
Certificates and gifts were given to participants with the winner given a laptop, a 7-day token for free meal and a day as SU President. ONE Champion Organization also shared souvenir to participants and a few students.
Other dignitaries were; representative of Osun State Governor, Representatives from ONE Organization, Deans and lecturers from different faculties. 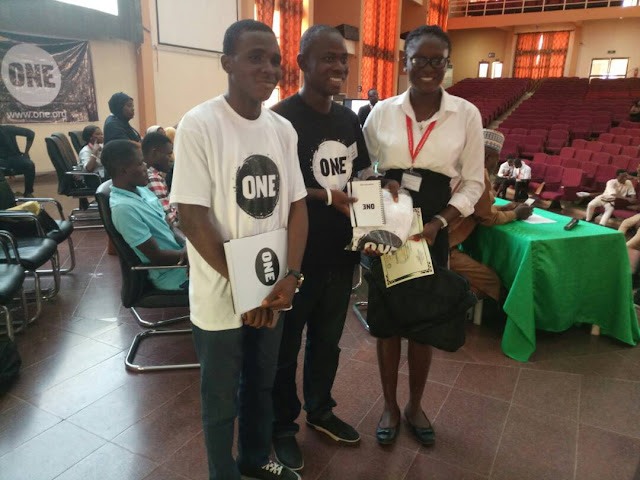