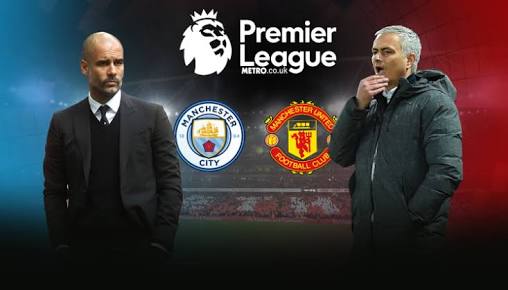 Manchester United came from two goals behind to claim a remarkable victory against Guardiola’s Manchester City.
Mourinho’s men becomes the first team to defeat City at Etihad stadium in the last sixteen months, after a defeat by Chelsea last season.
An header from City captain and a goal from Ikay Gundogan gave Pep Guadiola’s men first-half lead in a match that victory for the runaway leaders would have handed them the league.
At the resumption of the match, United scored two goals in three minutes courtesy if their talisman, Paul Pogba.
At 72nd minutes, United won a free kick, taken by Alexis Sanchez and scored by Chris Smalling completed a remarkable comeback for United.
City worked hard to get an equaliser but Sergio Aguero’s late effort was denied by brilliant David De Gea while Raheem Sterling hit the woodwork.