Skip to content
CSF Induction 2017/2018
The Cultural Security Forum (CSF), University of Ilorin, has agreed that poor leadership is responsible for disunity and not cultural differences.
This was said during her induction ceremony, which held on 19th January, 2018, at the Faculty of Law.
The induction ceremony, also had discussions from erudites, appraisals, interactions and the Induction of Ambassadors from several indigenous associations on campus.
The President CSF, Adan Adedimeji, declared the commencement of the program with his welcome address, assuring the audience that interesting things will be learnt. 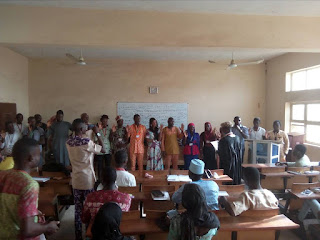 The Vice President, Miss Zainab, in her speech, while giving a reminder of the basis of CSF university of Ilorin, highlighted two major objectives of CSF which are; “To bring youths to actively participate in leadership as well as mobilise different ethnic groups to create unity in Nigeria.”
The Guest speaker, Mr Osuji Chima, presented his speech titled; “Promoting Cultural and National Values in Nigeria – The Mission of CSF, UNILORIN”.
He expatiated on the topic by vividly explaining what culture is, its constituents and how it can be promoted in Nigeria. 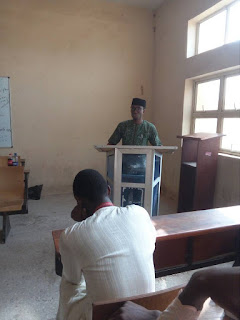 He explained that “culture transcends mere identity,” as it entails values, ethics, rules and standards that defines our nation.
He went further to quote Section 23 of the Nigerian Constitution on the constituents of national values. He explained that discipline, integrity, dignity of labor, social justice, religious tolerance, self reliance and patriotism are important constituents of the Nigerian national valuesh.
Chima went further to challenge the audience to be unified as, “We can achieve a whole lot more when we come together.”
Questions pertaining to culture were asked and all answers were balled down to upholding culture and unity, with the impression that unity is not affected by varieties of culture but by poor leadership.
The induction proper/oath-taking ceremony was conducted by the Attorney General of Unilorin Student Union, Mr Olasupo H.M (S.A.U).
The Pioneer President, Com. Momoh, presented his goodwill message by giving the rationale for establishing the Cultural Security Forum. He went further to share his experiences and persuaded the inductees to redefine their paths as youth.
The Student Union President, Com. Abimbola Ridwan (Reedof) expressed his awe for the Union and urged that awareness on the Union should be made. 2013/14 SU President, Com Ahmed Lawal challenged the Union to organize events and competitions that would mobilise different ethnic groups together. 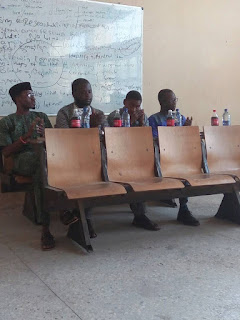